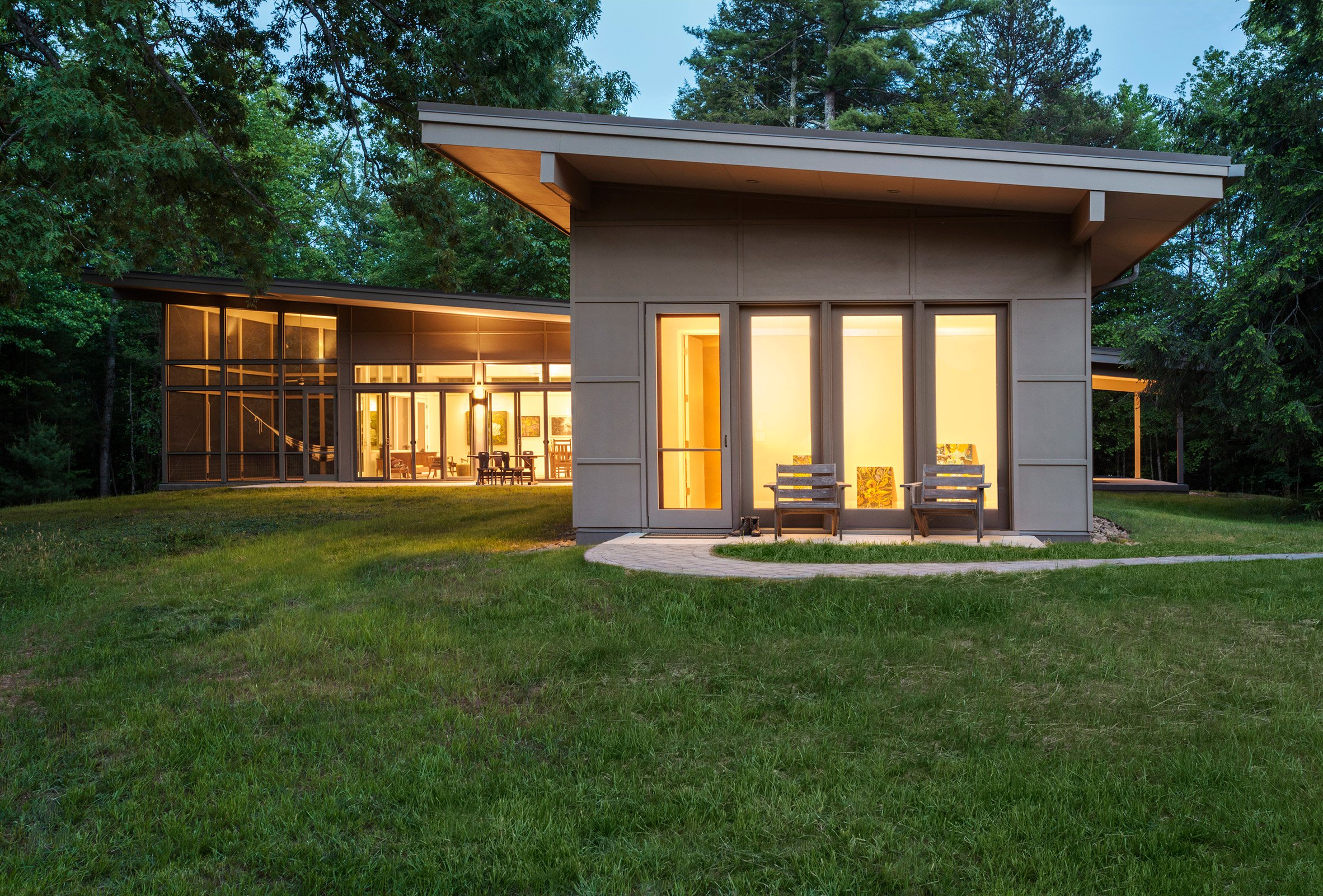 American firm Samsel Architects has built an L-shaped home for couple and their in-laws on a farm in North Carolina, using the area’s rural vernacular architecture to inform the design.

Located in the rural town of Columbus, near the Blue Ridge Mountains, Hammock House is surrounded by dense woods and sits on 40 acres (16 hectares) of farmland.

“The single pitch shed roof concept originated as a modern interpretation of the utilitarian farm structures in the area,” the studio said.

The home was also built around an ancient oak tree, which informed its L-shaped layout. “To take advantage of the dramatic oak trees, we carefully located the house on the land and oriented the living spaces around the tree locations,” said Samsel Architects.

The entrance to the house can be found close to the 90-degree joint between the two wings, where a foyer and mud room connect the sides. The roof angles upward from the entry side so ceiling heights increase as the sequence of spaces unfolds inside.

One wing of the exterior is covered in wood, while the other is clad in a tan-coloured panel system. Rocks surround the base of the walls to keep moisture away from the foundation.

Inside, the two branches create separate zones for sleeping and living. “The programming and space planning required unique design solutions based around our client’s close-knit extended family,” the studio said.

“The wife’s parents are also full-time residences in the home, so designing the right balance of shared and private spaces for four adults was key to a high functioning design.”

One wing houses an open-plan kitchen, dining, and living area, with a terrace extending along the entire side. The kitchen features a marble backsplash and a central island covered in a thick chunk of wood.

The living room gets a large amount of sunlight thanks to the fully glazed wall behind the couch. A screened-in sunroom and hammock area are located on the other side.

In the perpendicular wing are the master bedroom and en-suite, a second bedroom, a den and a studio. Hardwood floors line the home, with white walls and plenty of natural light throughout.

Recent builds in North Carolina predominantly seek to integrate with their natural surroundings, such as Retro+Fit Design’s cyprus-clad home in Asheville overlooking a valley and In Situ Studio’s black house that hides in the forest.