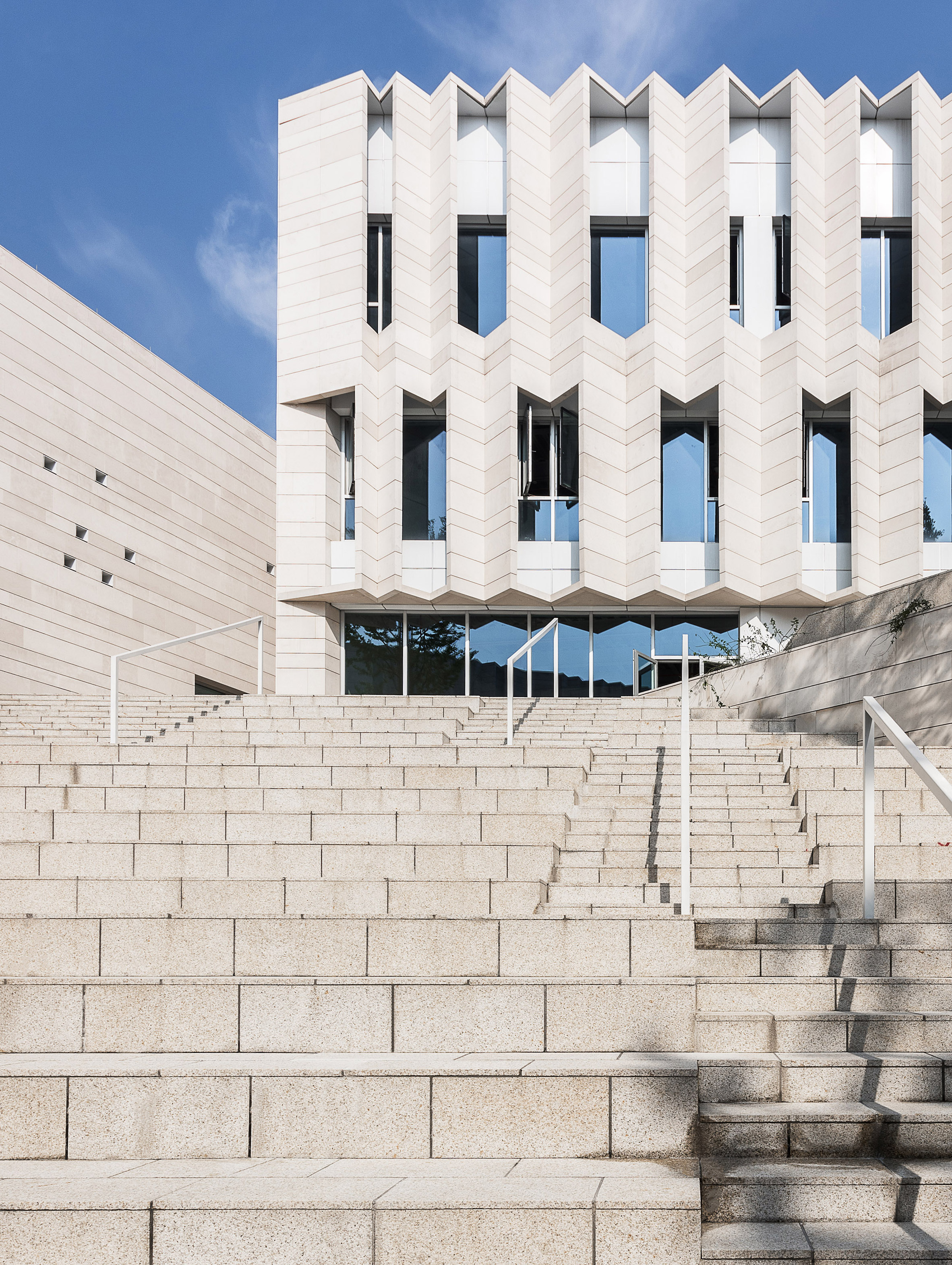 Sandstone blocks face into a central courtyard to create this fortress-like clubhouse by More Architecture and Aim Architecture, which is set on an island in Jiaxing.

Shanghai-based More Architecture and Aim Architecture designed the 16,000-square-metre Jiaxing Island complex for a site on the edge of the city, which is set between Shanghai and Hangzhou in China’s Zhejiang Province.

Water surrounds the oval-shaped island, lending the site the appearance of a castle with a moat.

The complex houses offices, a conference centre and an open-air auditorium, as well as a hotel, short-stay apartments, an art gallery, four restaurants and a pool.

The architects want to challenge “classical notions of Chinese urbanism” by fragmenting the scale of the building and removing traffic from the equation.

The programme is split up across eight conjoined volumes that join in a village-like formation around the outskirts of a central square.

“On the fringe of quickly urbanising Jiaxing, this complex finds itself in a ferociously dynamic context,” said the architects.

“The radical transformation, from countryside to densely built environment, had an immense impact on the scale of the urban fabric: from S to XL in less than a decade.”

“Jiaxing Island challenges a couple of the classic urban concepts in China, such as the enormous scale, the north-south orientation, the car-dominated streets, and the square as an expression of power,” they added.

Each of the blocks is faced in Spanish sandstone and opens up to a central courtyard. Elevated walkways link the upper floors of each block with the courtyard below.

While panels of sandstone are laid flat against the facades that line alleyways leading to the courtyard, the outer facades and those facing the courtyard itself feature angled stonework. These panels frame windows and create a zigzagging outline.

“The generous stairs connect the square to an underground conference centre,” said the architects. “The steps also function as seats and can be used as an open-air auditorium. The square is a great place for children to play and for people to relax.”

In nearby Hangzhou, David Chipperfield Architects created a village of stone apartment blocks, which are set on plinths in marshland.

Photography is by Dirk Weiblen.