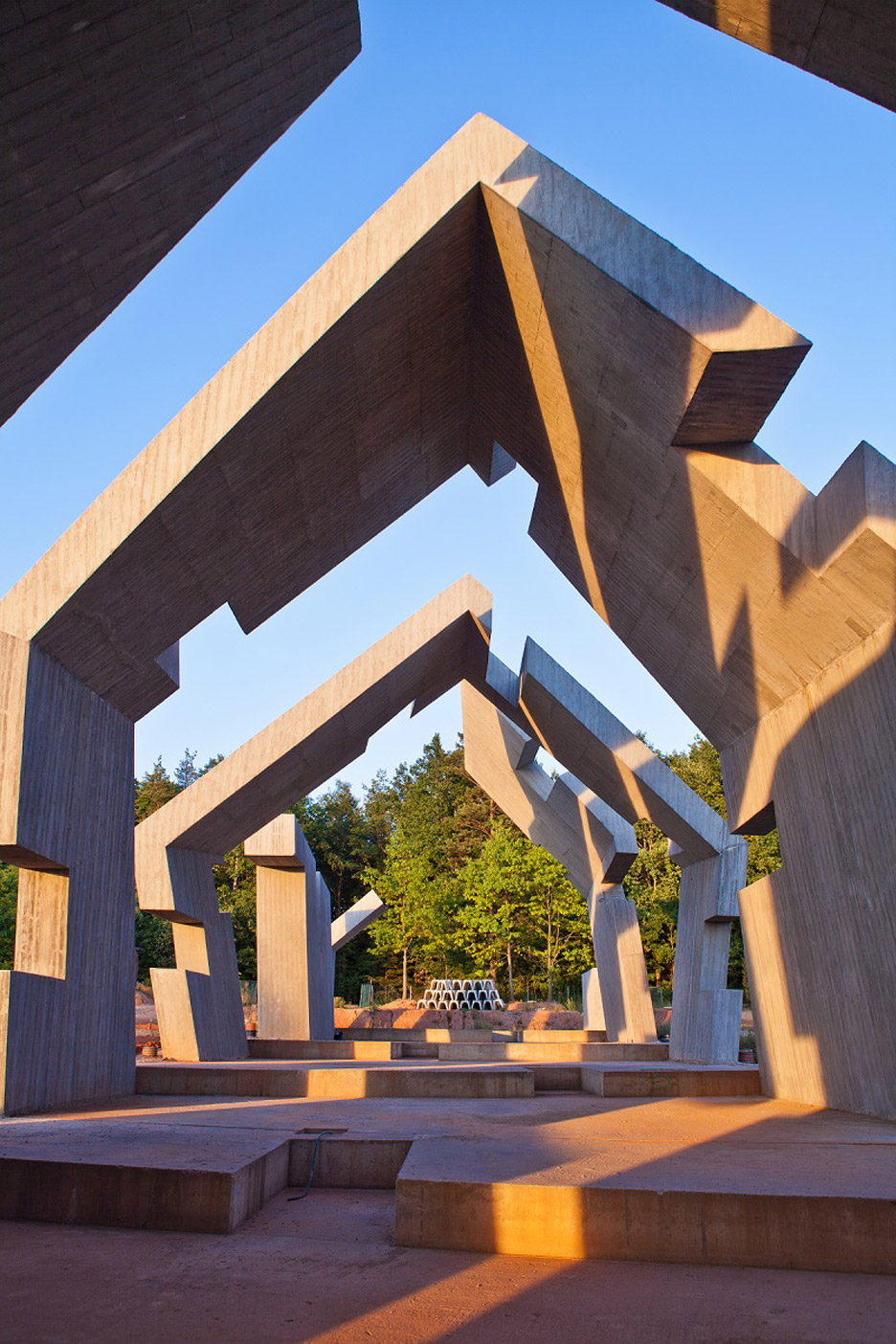 Polish architect and sculptor Mirosław Nizio has unveiled the first photographs of a mausoleum he is building to commemorate the victims of Polish village massacres during the second world war (+ slideshow).

Set to open in 2016, the Mausoleum of the Martyrdom of Polish Villages will pay tribute to thousands of citizens who were murdered during the German occupation of rural Poland between 1939 and 1945.

Its location in Michniów, south-central Poland, references one of the most well-known atrocities – a two-day attack on an entire village, where over 200 people lost their lives.

Mirosław Nizio and his studio Nizio Design International envisage the building as a traditional hut that incrementally deteriorates and crumbles into dust – symbolising the burning of the village.

Related story: Oving Architecten shrouds concentration camp house in glass as a memorial to the holocaust

The fourth phase of construction, which is now complete, involved building the concrete structures of these forms.

Photographs show them lined up alongside one another, with openings revealing the future locations of windows. The surfaces feature a wood-like grain texture that has been printed into the concrete while it set.

“The building has a characteristic segmented structure,” said a statement from Nizio’s studio. “Its tissue is cut across by cracks that divide the architectural form into closed and open parts.”

“This form is the resultant of the sculptural inspirations and thinking of the architecture’s consistency with the historical narrative,” it added.

“The building undergoes deformation and ‘destruction’, which symbolically conveys the annihilation that took place here.”

The building will cover an area of 16,200 square metres, with approximately 2,000 square metres of exhibition space presenting the history of the region.

The fifth phase of construction is now underway, which will involve creating pathways between the mausoleum building and the mass grave built in 1945, which is accompanied by the Pieta of Michniów sculpture.

The Mausoleum of the Martyrdom of Polish Villages was commissioned by the Kielce Region Countryside Museum.

Nizio – who was also behind the exhibition design at the Museum of the History of Polish Jews in Warsaw – won a competition to design the structure in 2009.