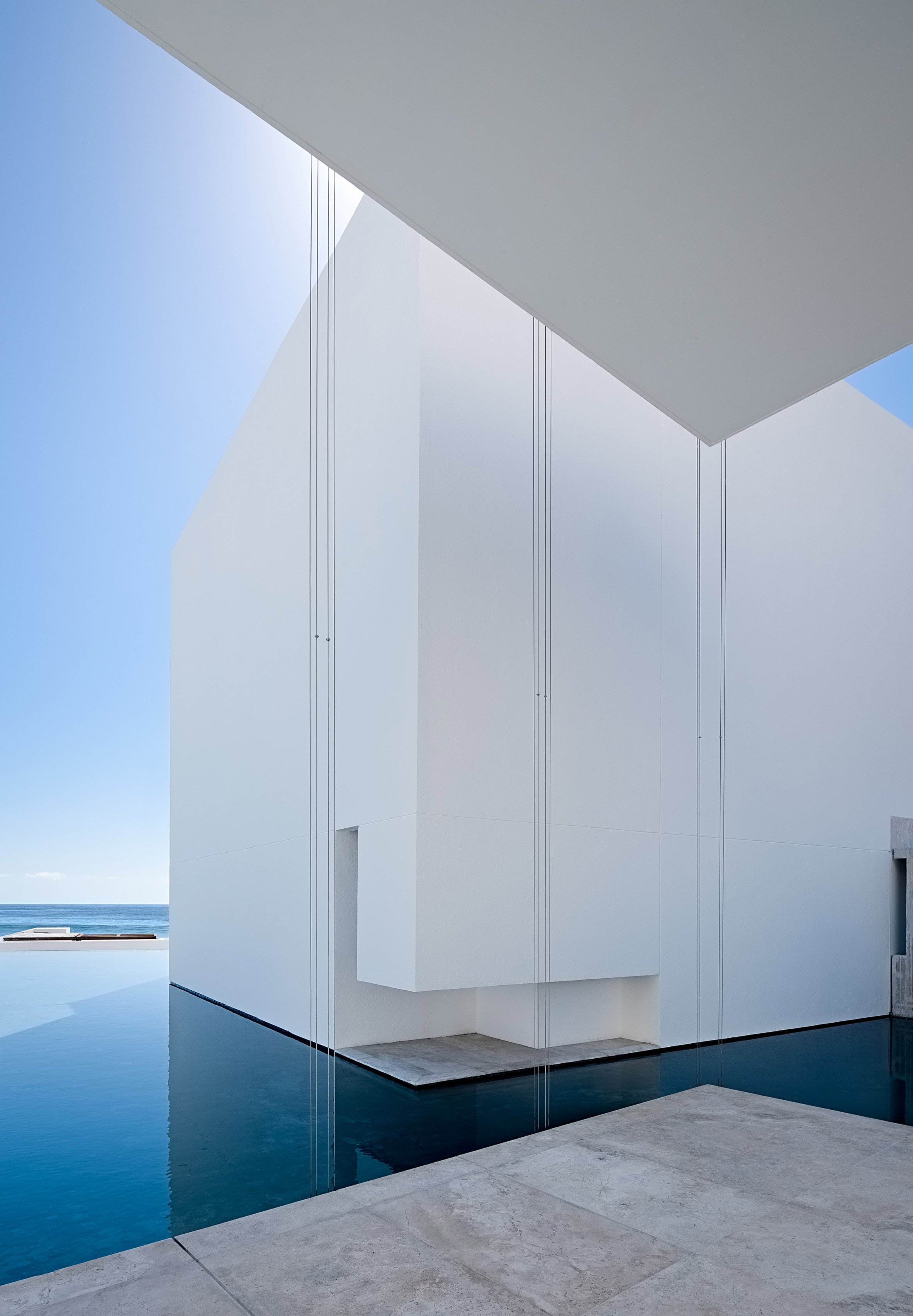 Mexico-based Taller Aragonés, run by architect Miguel Angel Aragonés and his son Rafael, wanted to create something architecturally unique from the all-inclusive resorts that line the beach. The firm recently completed the second of three phases for the development of Mar Adentro’s 47,082-square-metre site, which was designed with a modernist aesthetic.

To make the most of views, a series of cube-shaped buildings step down in height towards the ocean. Taller blocks house standard guest rooms, and larger suites, while smaller one- and two-storey villas are dotted in between.

The villas are fronted with double-height glazed panels that slide across and tall blinds that can be lifted to fully open the spaces up to terraces, or rolled down for shade and privacy. At various levels, shallow pools extend from the edges of the concrete structures out towards the sea. “I wanted to take that horizon and bring it into the foreground,” said Aragonés.

These pools also reflect the stark architecture, which comprises factory-built modules assembled on site. Each block is placed at a slightly different angle, creating a sweeping curve around the pools.

From the top of the site, a ramp spirals down between the pools and leads to an inverted nest-like structure that houses a dining area.

Other restaurants are located on the mezzanine under the main lobby, which features an exposed grid of white columns and beams, and on the roof of the main building. Two more are planned for phase three of the development.

Dark grey pathways criss-cross the water to connect the different buildings, and widen where they create a terrace for loungers and cabanas around a swimming pool.

In all of the hotel’s guest areas, including amenity spaces and rooms, the material palette is kept consistently light. Pale stone flooring, white surfaces and equally minimal furniture all match the architecture. At night, guests can chose from one of five colours to illuminate their accommodation.

“This is the purest, most minimalist landscape a horizon could have drawn,” Aragones said. “On either side, this dreamlike scenery collided with what humans consider to be aesthetic, and go on to build and baptise as architecture.”

Mexico’s beaches and climate are a big draw for tourists, so the country’s coastline is teeming with hotels. Others with notable architecture include the Hotel San Cristóbal Baja up the coast in Todos Santos, as well as Casa Malca and Papaya Playa Project in the Caribbean resort of Tulum.