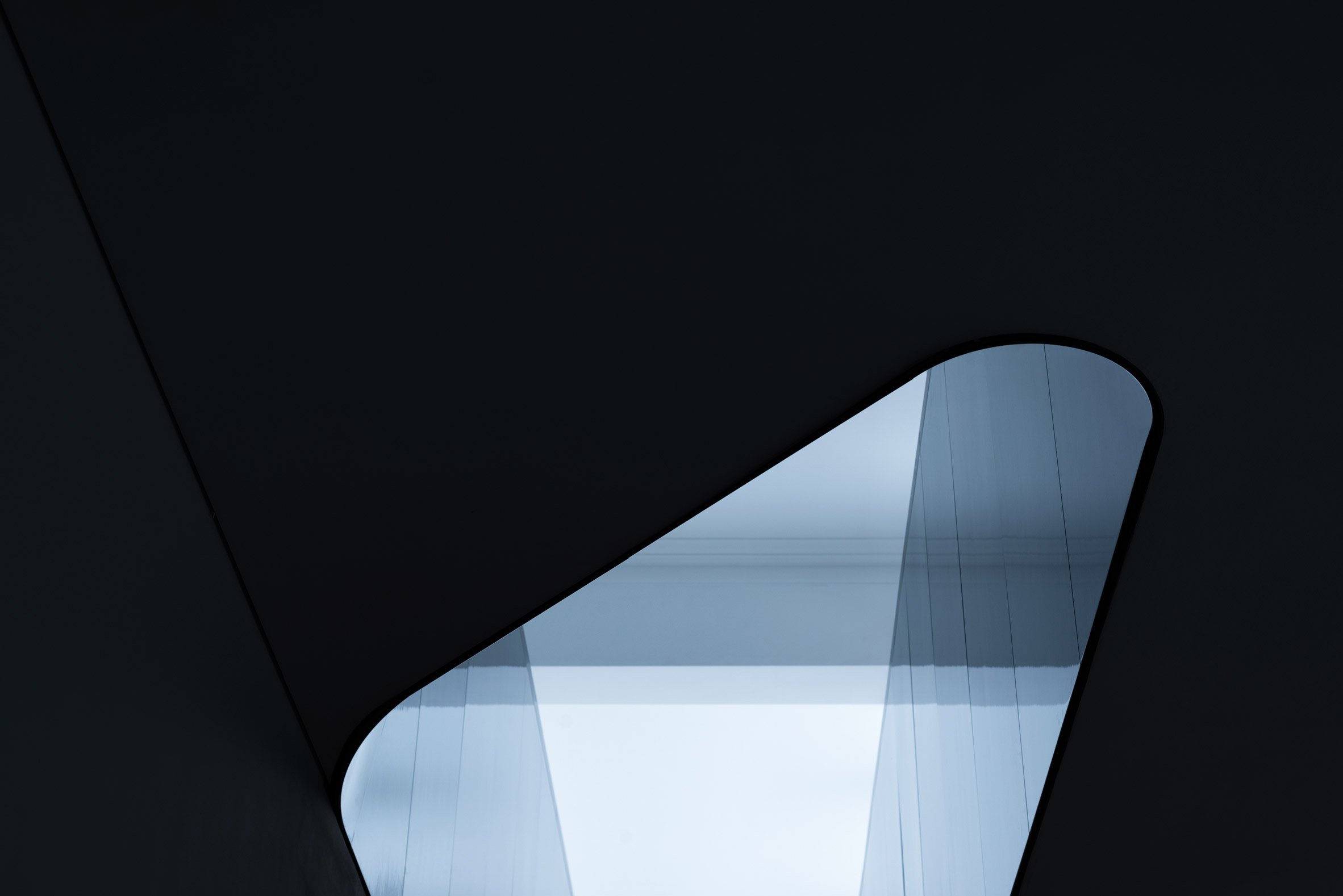 Architecture photographer Simone Bossi honed in on just the skylights and staircases of the newly opened underground gallery at the V&A museum, which was designed by Stirling Prize-winning architect Amanda Levete and her firm AL_A.

Bossi used a tripod to create a series of restricted viewpoints of the recently completed gallery and courtyard known as the V&A Exhibition Road Quarter for Issue 43 of the V&A Magazine, telling the publication that “sometimes limitations can be freeing”.

The images show light reflecting off the angular lacquered balustrades of the stairwells inside the AL_A-designed subterranean gallery, which is sunken 18 metres below new a tiled courtyard. The heavy contrast of hues in the pictures makes the light blue-tinted and the surfaces much darker.

The photoset also includes a shot of the linear skylight that punctures the courtyard and rungs above the entry stairwell, as well as more abstract shots of the rounded opening and the geometric surfaces of the ceiling patterned by light.

Two staircases features in the new V&A exhibition space to offer a separate descent and ascent, with visitors exiting through the shop.

One of the photographs on the descent of the staircase captures the light reflected on the lacquered tulipwood that lines it, while another offers a glimpse of the ascending wood steps.

The long triangular-section trusses that span the gallery ceiling are the focus of another image, while one exterior shots show the newly revealed sgraffito facades on the adjacent building.

The V&A Exhibition Road Quarter opened to the public on 30 June 2017.

Amanda Levete founded her firm AL_A with directors Ho-Yin Ng, Alice Dietsch and Maximiliano Arrocet in 2009. She came in at number 179 on the inaugural Dezeen Hot List – a guide to the key players of the architecture and design industry.

Among the firm’s most recently completed projects is an aluminium-plated tower in Bangkok.