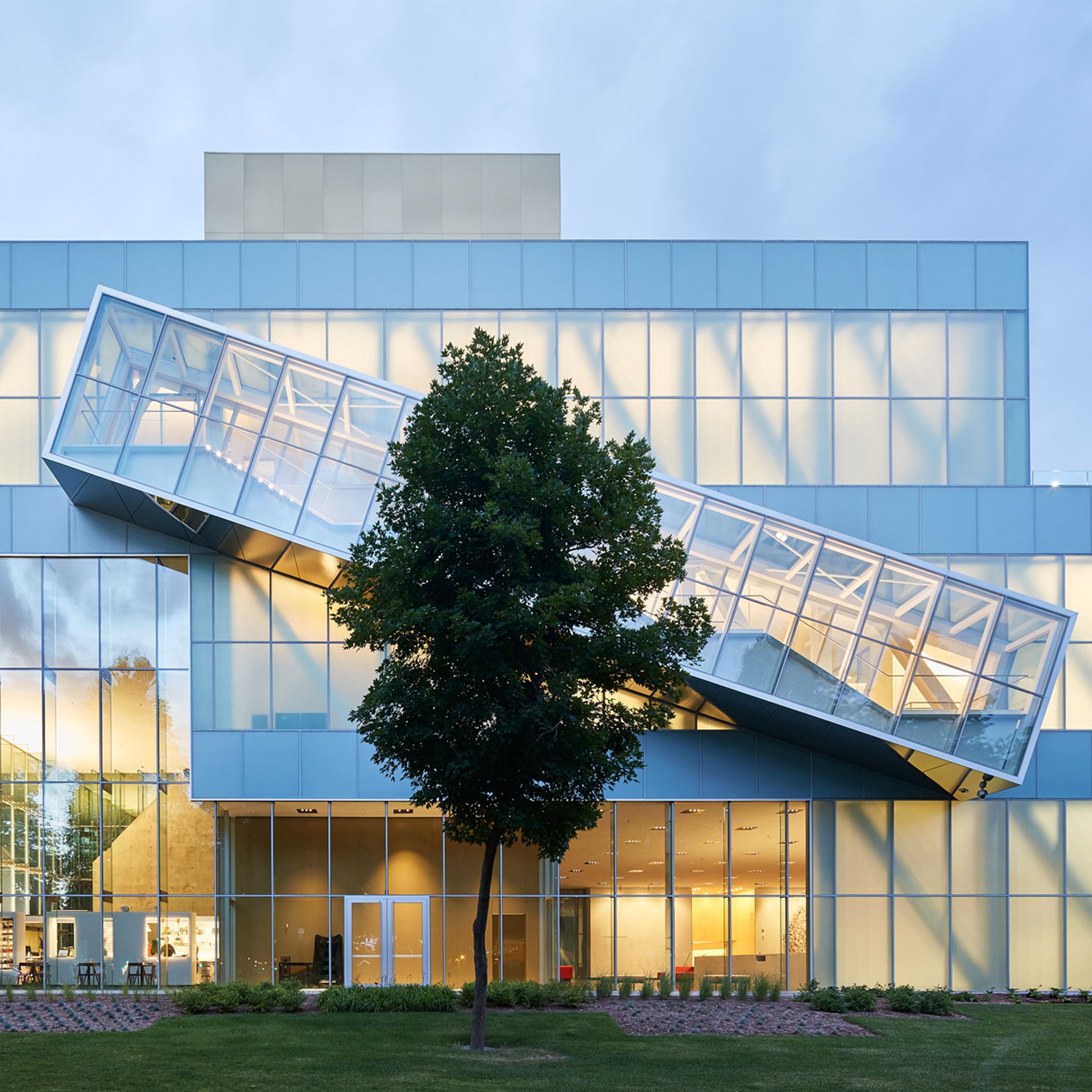 Today, 1 July 2017, is Canada‘s 150th birthday and we’ve pulled together six contemporary cultural buildings in the country to mark the occasion. They include a white granite museum, a music centre of huge towers clad in bronze tiles and a gallery in the forest.

Canada Day celebrates the anniversary of The Constitution Act, which amalgamated what was Canada, Nova Scotia, and New Brunswick into a single sovereignty as part of the British Empire in 1867.

One-hundred-and-fifty years later, the country is celebrating with a series of cultural events that involve music, film, arts and design.

We’ve decided to commemorate by selecting some of its best new public buildings, where visitors can learn about Canadian and international history and culture in architecturally impressive settings. Here’s our top six:

The studio teamed up local firm Provencher Roy to complete the extension to the museum, which opened to the public last summer and was described as the largest cultural project in Quebec City.

Glass-walled cuboids of the Musée d’art de Joliette offer visitors glimpses of activities taking place inside the museum, which is dedicated to visual art.

The glazing forms part of the major renovation and extension that architects FABG completed in 2016. The local firm were tasked to upgrade the 1976 original building and “enhance the connection between the institution and the public”.

Towering volumes clad in bronze-hued tiles are connected by a large skybridge at this music centre in downtown Calgary, a city in the western province of Alberta. Curved walls and sculptural openings of the National Music Centre are inspired by the shape of musical instruments.

A colonnade of massive skewed pillars clad in stainless steel are reflected in the pool at the front of this arts centre, designed by Montreal firm ACDF Architecture for one of the city’s suburbs.

Called the Diane Dufresne Art Centre, after the Canadian artist, the single-storey building is intended to allow local residents to enjoy arts and culture without having to travel to Montreal. It is also hoped that it will trigger further development of arts-focused projects in the area.

The Audain Art Museum houses a private collector’s artwork among the forest in the town of Whistler, one of British Columbia’s most popular ski resorts.

Canadian firm Patkau Architects designed the approach to wind through the forest and reveal the building’s angular geometry, which is clad in black metal panels along the way. An elevated promenade snakes between trees to the various gallery spaces.

Maki created the permanent exhibition space for a collection of art and artefacts that charts a history of Muslim civilisations over the last 1,000 years, imagining the building as a composition of a series of folded white surfaces that centre around a light-filled courtyard.