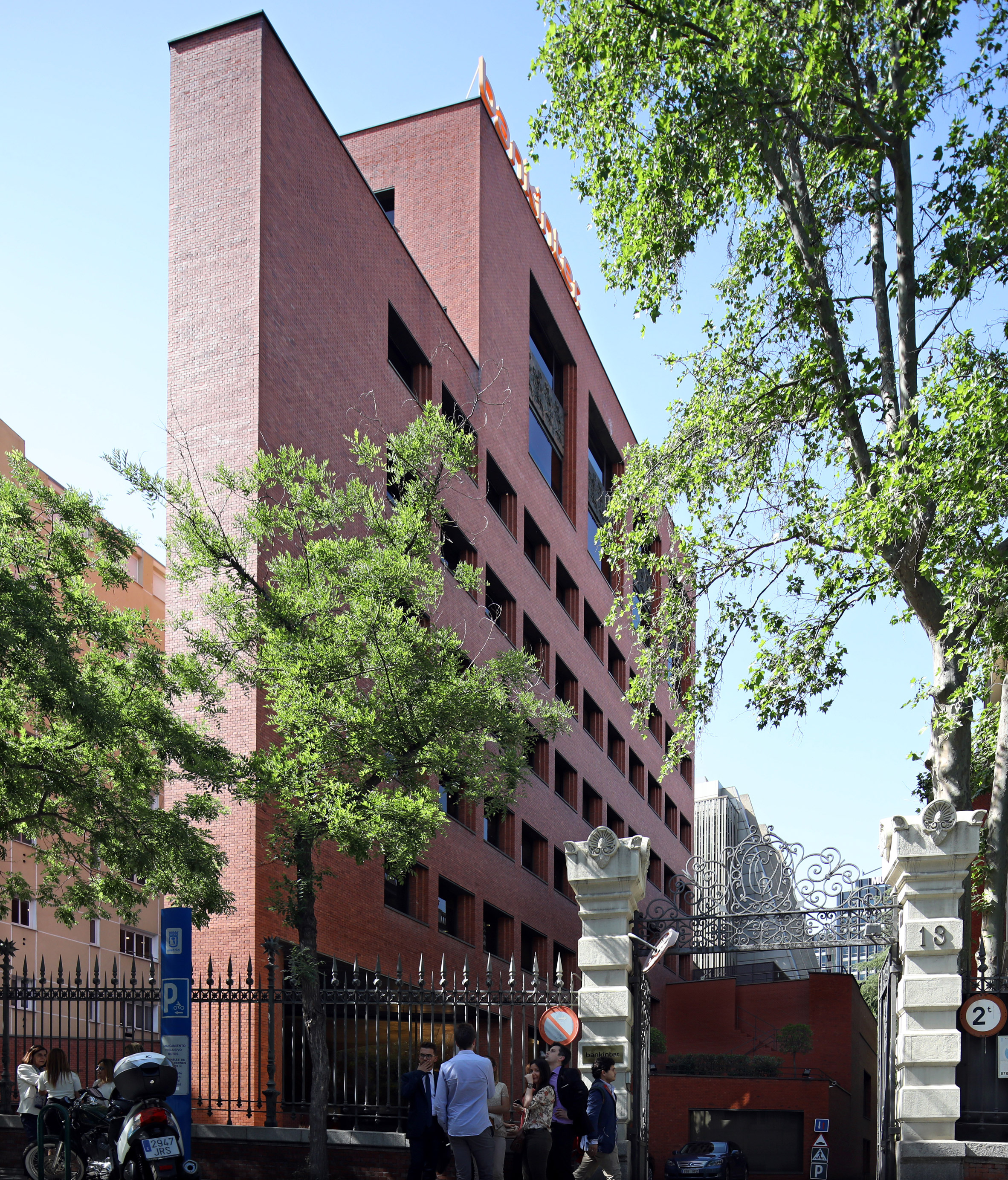 Following the news that Rafael Moneo has been named as the architecture laureate for the 2017 Praemium Imperiale, here’s a look at six of the Spanish architect’s most prolific projects.

Moneo, 80, was born in Tudela, Navarra, but studied architecture in Madrid, obtaining his degree in 1961. After graduation he left Spain for Denmark, where he briefly worked for Sydney Opera House architect Jørn Utzon, before returning to Spain the following year.

In 1963 he received a two-year fellowship to study at the Spanish Academy in Rome, where he developed an interest in classical architecture. After opening his office in Madrid in 1965, he completed his first building – the Diestre Factory in Zaragoza, Spain (1967).

His design of the National Museum of Roman Art in Mérida (1986) gained his studio international recognition and he went on to work on projects both home and abroad.

In 1996 he was awarded the Pritzker Prize followed by the RIBA Royal Gold Medal in 2003. Current projects include a pair of luxury condo towers for the Miami waterfront.

Here are six of his best buildings:

Three intersecting orange brick volumes make up Moneo’s Bankinter building in Madrid – Moneo’s first commission in his home city. Slotted into a tight urban context, the building’s oddly-shaped components were designed to respect its neighbours. The design put forward a new model of architectural form that is made up of several connected parts.

Widely credited as the building that gave Moneo his international breakthrough, the National Museum of Roman art in Merida, Spain, is an elegant meeting of modern and Roman architecture. Here, at the site of one of the largest and best preserved Roman cities in Western Europe, Moneo used Roman building techniques, materials and proportions, including a series of archaic brick arches that create a walkway through the main exhibition space.

In 1992, Moneo added a modern terminal to Madrid’s first train station, making it four times bigger. The expansion was based around the new high-speed AVE trains and was intended to establish a better short and long distance rail network, together with buses and subways. The building is distinguished by its circular lantern-esque entrance hall and its pillared concourse, high ceilings and flat roof.

Cathedral of Our Lady of Angels, Los Angeles, 2002

The Cathedral of Our Lady of the Angels was built to replace the Cathedral of Saint Vibiana, which was built in 1876 and severely damaged in the 1994 earthquake. Its angular postmodern forms are realised in architectural concrete, in a pale yellow shade inspired by the sun-baked adobe walls of the California Missions. It has been said that the design is so geometrically complex that none of the concrete forms could vary by more than 1/16th of an inch.

The steel- and glass-clad volumes that make up Moneo’s nine-storey Gregorio Marañon Maternity and Pediatric Hospital are arranged around a series of eight courtyards. The aim was to create an atmosphere of calm within the 50,000 square metre complex where wards and the nurses’ rooms overlook the peaceful quadrangles.

Described as “the most important extension to its building in its almost 200 years”, Moneo’s 22,000 square metre addition to the Museo del Prado included the creation of new exhibition galleries and the restoration of the former Jerónimos Cloister. Hidden behind the museum’s historical wing, the three-storey brick building increased the Prado by half but was criticised for going more than three-and-a-half times over its original budget.