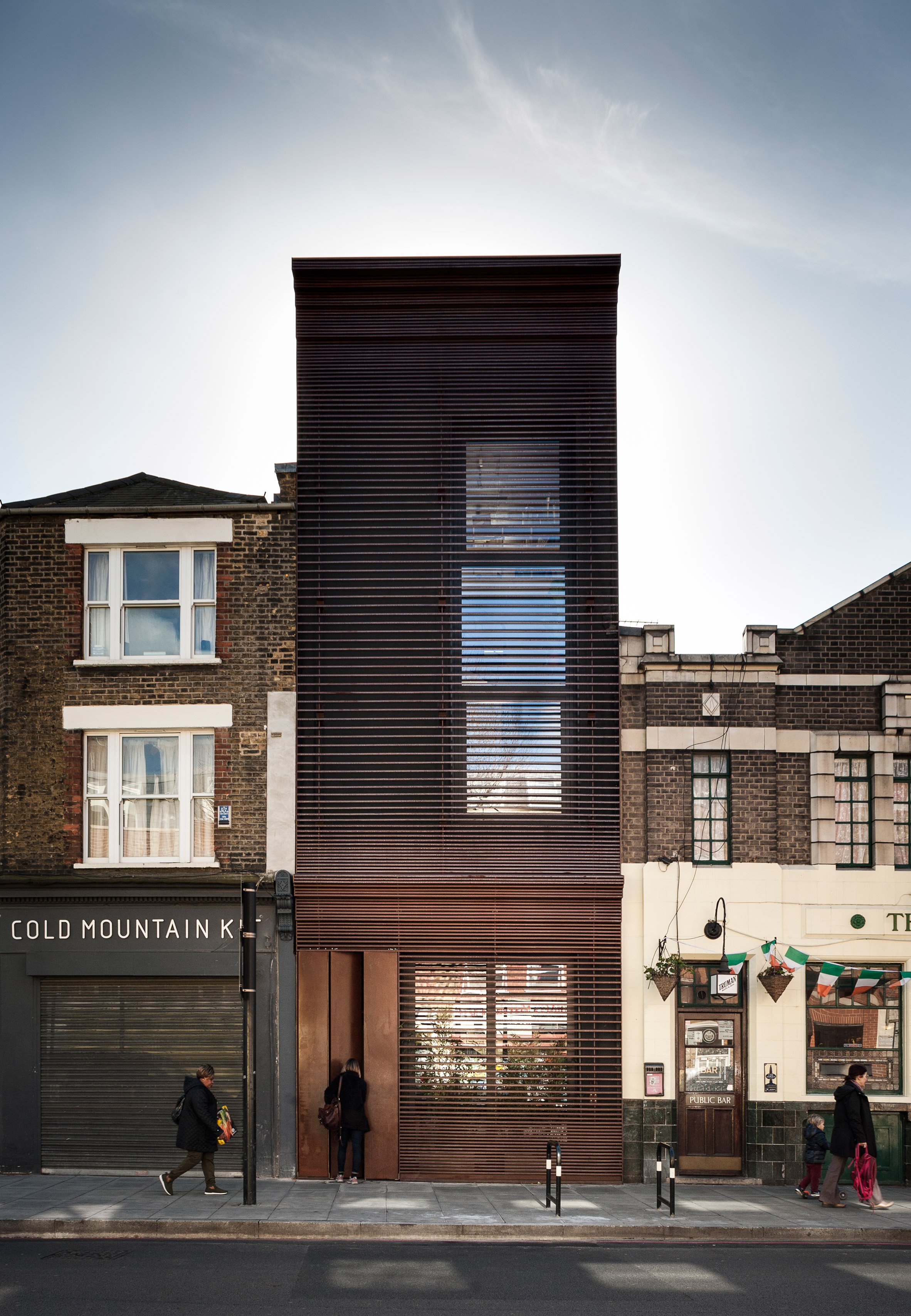 Local firm DSDHA has completed a workshop building for jeweller Alex Monroe near London’s Tower Bridge, featuring a facade covered by horizontal metal slats that allows passers by a glimpse of the jewellers at work.

DSDHA previously designed a studio and boutique for Monroe that was completed in 2012 in the same area of Bermondsey on the south bank of the River Thames.

The new workshop is located within a ten-minute walk of the earlier project, in a part of town that was historically home to many trades, including leather and tanning workshops and breweries.

“When I realised we needed a new manufacturing centre I was keen to work with DSDHA again,” said the designer and jewellery maker. “We have designed a space that enhances and improves our design and craft practices, communication and staff well-being.”

The project’s site on Tower Bridge Road places it within a typical London streetscape comprising housing, shops and hostelries. Adjacent streets retain the area’s industrial character, which the architects sought to reference in the new building.

“Analysis of context has been fundamental in the development of a design which is of its time, yet maintains a strong sense of local identity, capturing the creativity and craftsmanship associated with this address,” said DSDHA.

An existing three-storey building was demolished to make way for the four-storey structure, which houses the workshop on its ground floor, with offices accommodated on the three upper levels.

The building rises above its neighbours to emphasise its verticality and narrowness – a response to the compact composition of the medieval urban fabric.

The street-facing elevation is clad in pre-weathered steel that complements the tones found in the surrounding neighbourhood, and the brick used for the other walls.

The steel surface comprises horizontal slats separated by gaps that widen in front of the windows, allowing glimpses into the workshop from street level and creating a moiré-like visual effect.

The materiality and detailing of the storefront evoke the craft work being conducted inside the building, and mark it out as a space dedicated to industry rather than retail or residential use.

A staircase positioned at the front of the building alongside the entrance is also visible from outside through a vertical band of windows.

This circulation space connects the different floors, both visually and acoustically, adding a social element to the interior environment that ensures the various levels don’t feel isolated.

In addition to the street-facing windows, openings to the sides and rear of the building enhance the connection between the interior and nature, including a planted roof terrace on the first floor.

DSDHA has previous delivered a light-filled studio and gallery space for ceramicist Edmund de Waal in south London, and completed a mixed-use development in Fitzrovia with two faceted-glass rooms perched on its roof.