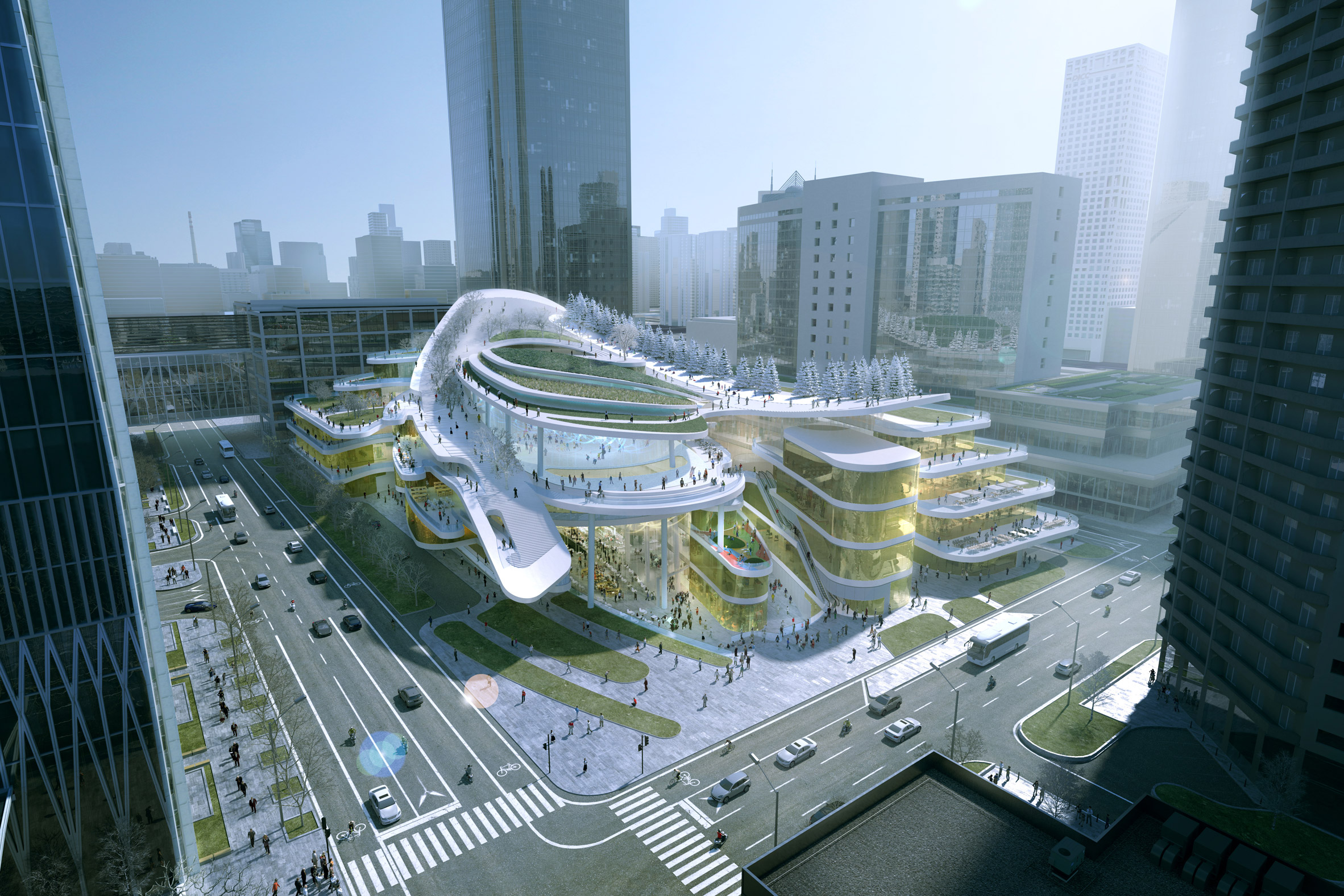 An undulating path will curve around the roof garden of this Beijing shopping centre by American architect Andrew Bromberg, and be covered in a layer of fake snow for sledding in winter.

The building is the fifth and final stage of the 30-year-long masterplan, which comprises 14 buildings, and aims to provide the complex with a public centre.

The building is also intended to link current and future subway lines together to enable connections over and under the Third Ring Road – a 48-kilometre route that encircles the city centre.

Bromberg proposed a building with a continuous loop that mimics the road, wrapping an elliptical volume at the centre with a large roof garden on top called the Civic Green.

The garden is set on three stepped levels and surrounded by a pathway that dips down to the entrance on one side and up at the other end.

A mix of cherry blossom and pine trees will be planted along the walkway, while in colder months artificial snow will cover the slope to create a hill for sledding.

A similar concept by Danish architect Bjarke Ingels is currently underway in Copenhagen.

The upper floors of the building surrounding the green will stagger backwards to create terraces fitted with seating areas and large trees.

An Olympic-sized ice-skating rink will occupy the centre of the building with the shops and cafes are arranged in the loop around it.

The building will also include art studios, large exhibition spaces, an organic farm, cultural and educational facilities, as well as a rock-climbing wall.

Other projects in Chaoyang District include a complex of skyscrapers, office blocks and public spaces that Chinese firm MAD modelled on mountains.

The post Sledding path to loop around roof garden of Beijing civic centre by Andrew Bromberg appeared first on Dezeen.