At the touch of a button, the chunky marble walls that surround this house in India divide up into spinning and sliding panels, revealing a more lightweight glass facade behind (photos by Edmund Sumner + slideshow).

Designed by architects office Matharoo Associates, the house transforms from an “impregnable shell” into a glass pavilion, allowing residents to vary the amount of light, ventilation and privacy in their home.

On some walls, two tiers of panels pivot in alternate directions, while other walls feature panels that slide back and forth.

The motorised systems and supporting structures are all concealed, heightening the effect.

“Akin to the amethyst’s hard exterior cracking open to reveal its crystalline heart, at the push of a button, this imposingly heavy stone wall cracks open,” explained Matharoo Associates.

“It becomes an array of panels spinning gently about their centres or sliding away to reveal a transparent cocooned interior.”

Aptly named Moving Landscapes, the building provides a home for a property developer and his wife, as well as the families of their two sons.

It is located on the outskirts of Ahmedabad, a city in northwest India, and shares grounds with the houses of the client’s two brothers.

The starting point for the design was working out how to give each part of the family their own quarters without creating too much separation.

“The nation’s booming economy in the last decade has made individual houses accessible to a larger section of society,” said the architects, explaining why “the age-old tradition of joint family living has disintegrated into small nuclear families”.

“Despite this change of cultural attitude in the present Indian context, a large number of families, bound by family business and obliged by traditional ingrained values, still choose to live together,” they continued.

“It often leads to the creation of autonomous suites that isolate families even under the same roof. The challenge therefore lies in simultaneously integrating the requirements of these opposing lifestyles.”

To address this issue, the architects designed a U-shaped plan, with social areas in the centre and bedrooms in the two wings. The building also wraps a large communal courtyard garden.

Glazing surrounds the entire building, but almost all of these window walls are screened behind the marble panels. This creates a series of veranda spaces along the edges of the building.

The architects chose to create these panels using a polished yellow marble called Bidaser. They are complemented by the more austere concrete surfaces that feature elsewhere as walls, floors and ceilings.

Rooms are organised over two storeys, with a mixture of different living rooms on both levels.

These spaces are largely filled with Italian furniture, but there is also a bar table designed especially for the house by the architects. Designed to look like a Möbius strip, it is made from stainless steel.

The bar is “the subject of discussion and intellectual discourse after a couple of drinks” said the studio.

There are also enclosed outdoor spaces at the house’s two main corners, screened behind curved walls.

Matharoo Associates is led by architect Gurjit Singh Matharoo. Other projects by the firm include a house with shutters weighted with concrete balls.

Images are by British photographer Edmund Sumner, who also recently shot a cloud-inspired nursery in Japan and a Mexican villa with an elevated swimming pool. 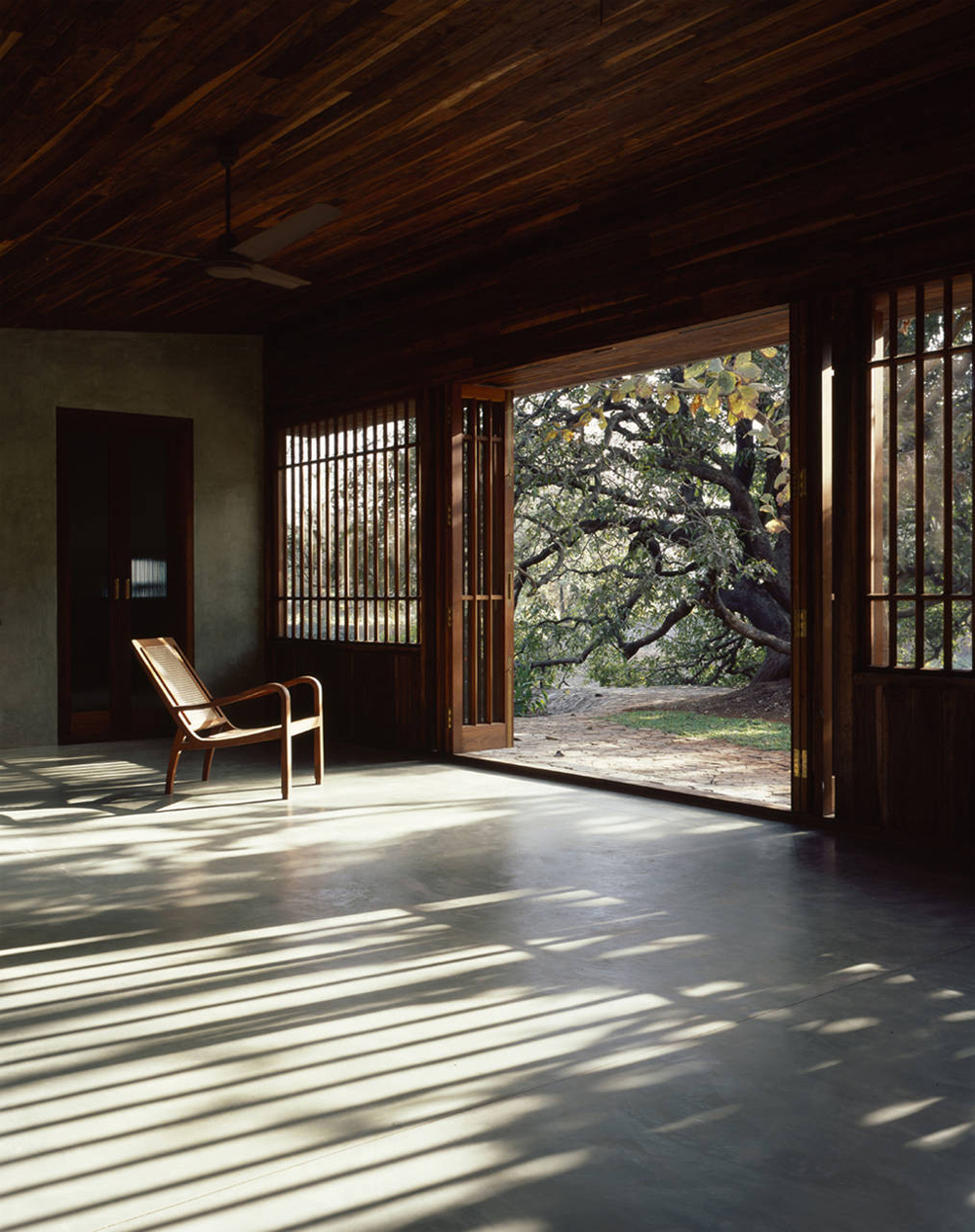