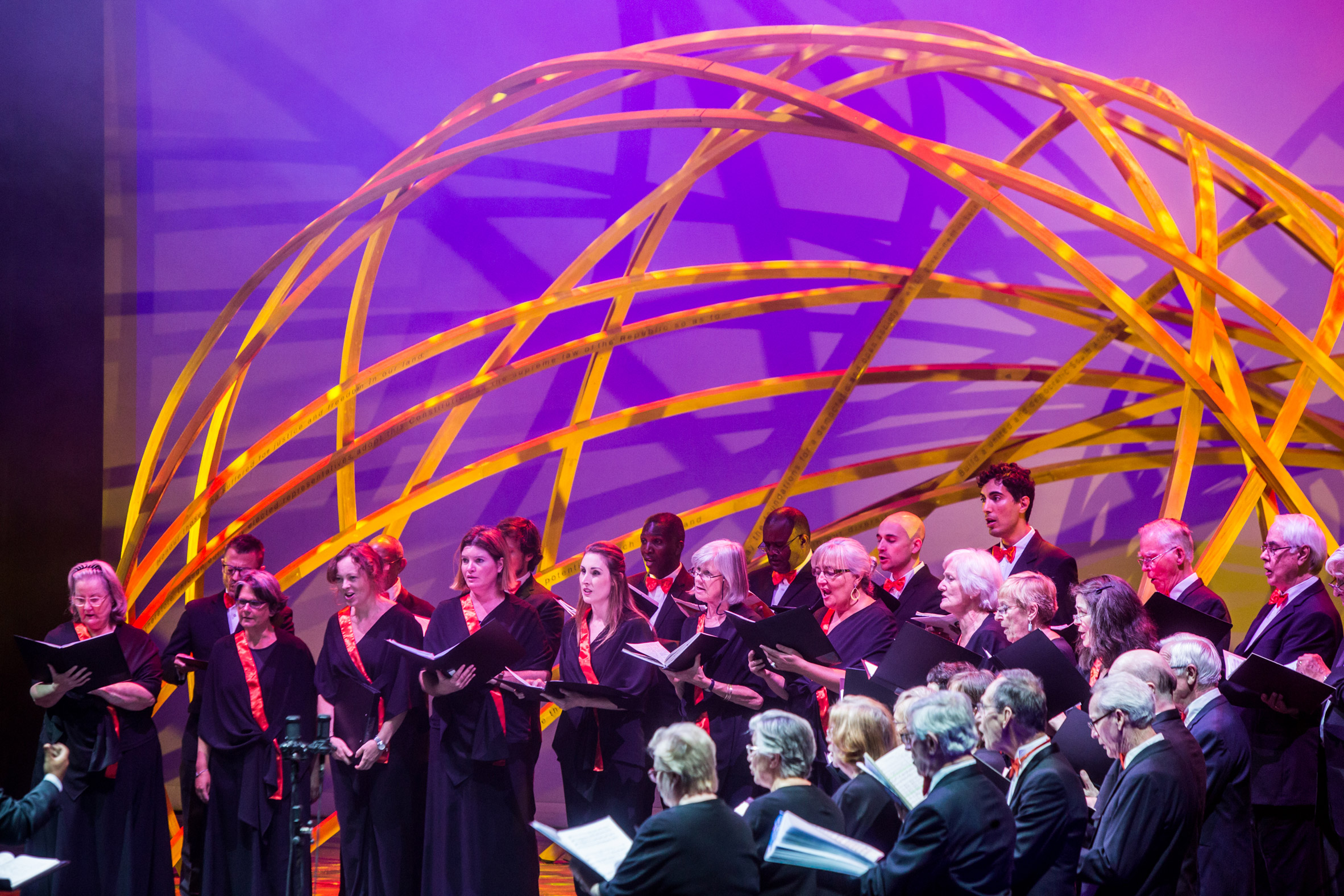 Snøhetta has revealed a prototype of an arch in honour of South African social-rights activist Desmond Tutu, which will be built near the National Parliament in Cape Town.

Developed as a partnership between Oslo- and New York-based Snøhetta and Johannesburg office Local Studio, the Memorial Arch was unveiled during the finale of the Design Indaba 2017 conference in Cape Town.

It is designed to symbolise the importance of democracy – something that Tutu, the nation’s first black archbishop, fought tirelessly for in the late 1970s and early 80s, earning him the nickname “the arch”.

The structure is made up of 14 intertwined strands of bent wood, representing the 14 chapters of the South African constitution – one of the key factors in the demise of apartheid.

“The structural properties of an arch emerged as the core concept for the design,” said the design team.

“An arch is supported by opposing forces pushing against one another and held together by a keystone. As a metaphor for the integrity of the country’s democracy, the arch’s conceptual keystone is the Constitution of South Africa.”

The arch was revealed following a speech by Snøhetta co-founder Craig Dykers.

Tutu, who is nicknamed “the arch”, came on stage to join the celebration. It was the first public appearance of the Nobel Prize-winner in nearly two years.

To conclude, a 48-person choir surrounded the arch to sing a chorus.

The final Memorial Arch will be installed at the intersection of Adderley Street and Wale Street in Cape Town, putting it near the cathedral where Tutu served as Archbishop, as well as the National Parliament.

Meanwhile this prototype will be moved to a permanent home outside the Constitutional Court in Johannesburg. The aim is to create a link between this institution, which is South Africa’s highest judicial court, and Parliament.

Snøhetta is known for buildings including the Oslo Opera House, the September 11 Memorial Museum in New York and the recently completed extension to the San Francisco Museum of Modern Art.

The firm ranked at number 37 in the inaugural Dezeen Hot List – a global countdown of the most newsworthy players in the architecture and design industry.

Dykers was among a host of industry figures to speak at the Design Indaba conference, which took place at Cape Town’s Artscape Theatre from 1 to 3 March 2017.