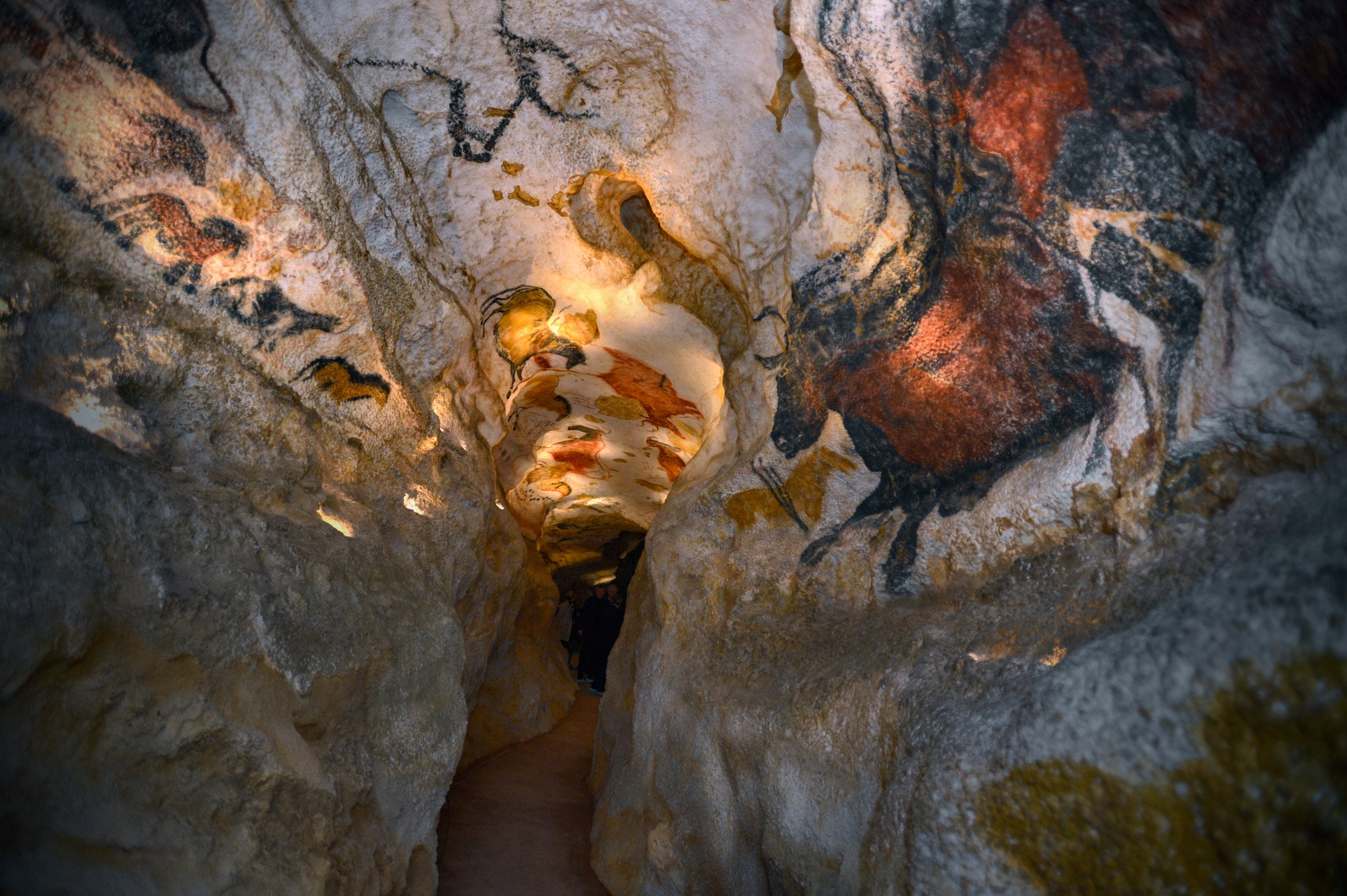 A major new building by architecture firm Snøhetta has opened in the south of France, framing a huge replica of one of the world’s most important examples of prehistoric cave art.

Called Lascaux IV, the new visitor complex recreates the appearance and atmosphere of the caves in Montignac where the 20,000-year-old Lascaux paintings are located, but which have been closed to the public for over 50 years.

Snøhetta worked with local firm Duncan Lewis and exhibition designers Casson Mann to create the tourist attraction, after they won the design competition back in 2013.

It officially opened to the public yesterday, although some parts of the structure and landscape are still being finessed ahead of a bigger launch event scheduled for the spring.

The Lascaux Paleolithic cave paintings were first discovered in 1940, but had to be closed in 1963 after the carbon dioxide produced by visitors caused the images to visibly deteriorate.

The first replica opened in the 1980s, while another was created as part of a touring exhibition. The latest one supersedes both of these and is expected to attract 400,000 visitors a year.

The 11,400-square-metre visitor centre is located at the foot of the hill where the original cave is located. It comprises a low-rise structure with walls of glass and striated concrete, and a grass roof.

Inside, four exhibition chambers are connected by both indoor and outdoor pathways and tunnels.

Snøhetta described the building as being “like an incision, a horizontal fault that accentuates the line between the valley and the hill”.

“It is stretched out along the edge of an agricultural territory marked by human activity, and a thick forest whose dense and tall vegetation plunges the undergrowth into the shade,” said the firm.

“At the intersection of these two contrasting landscapes, the project takes advantage of the geography and relief.”

With offices in Oslo and New York, Snøhetta was founded by architects Kjetil Trædal Thorsen and Craig Dykers.

The firm ranked at number 37 in the inaugural Dezeen Hot List – a guide to the most newsworthy and searched-for players in the design world.

It has several other projects nearing completion, including a cultural centre in Saudi Arabia and a treehouse at Sweden’s Treehotel.