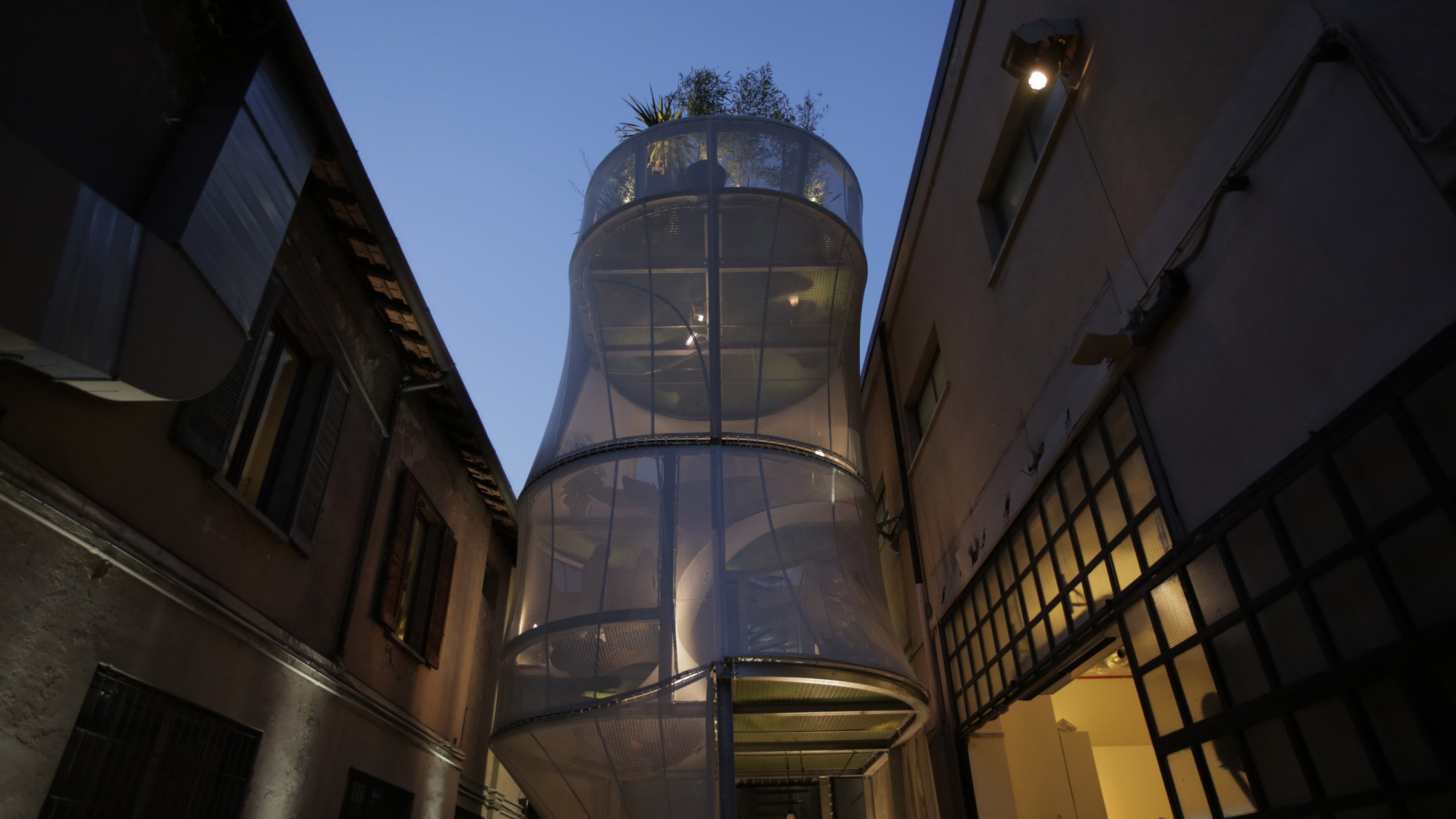 In this exclusive movie produced by Dezeen, MINI Living Initiative creative lead Oke Hauser and SO-IL co-director Ilias Papageorgiou explain how they collaborated to install a translucent prefab home in an unused urban plot in Milan.

The prototype house, developed by MINI Living and New York architectural practice SO-IL, consists of a three-storey modular structure wrapped in a white mesh exterior and topped by a plant-covered roof.

Titled MINI Living – Breathe, the installation is intended as both an urban space-saving strategy, and a way to facilitate engagement between visitors and their environment.

“[Breathe explores] how we can turn housing and living solutions into an active ecosystem that contributes to the improvement of urban life,” Hauser says in the movie. “How can we turn a house which is very static into something more flexible, more performative?”

The house has three main living spaces for rest and sleep, in addition to areas for collective activities. Papageorgiou describes it as having been organised not as a traditional house but “more as a stack of atmospheres and spatial configurations and experiences”.

The whole structure is wrapped in a light PVC-coated net, which filters the air.

“It’s this very translucent, purifying fabric,” says Papageorgiou. “With the sun it decomposes several agents and dirt, so it cleans itself but also cleans the air around it as it filters through the fabric.”

The light-permeable textile walls separate interior from exterior as well as segmenting different spaces within the house. The resulting views blur public and private space.

“Everything is transparent, everything is connected,” says Hauser. “It sets its inhabitants in direct contact with the natural surroundings.”

“This installation shows a lot of potential in terms of how we can activate leftover space, but also what a house can become and how a house can actually perform, for the inhabitants but also for the environment.”

Papageorgiou adds: “This structure, through amplifying our surroundings, wants to increase their presence and cultivate a sense of care and responsibility for the space around us.”

MINI Living – Breathe was open to the public throughout Milan design week, from 4 to 9 April, at Via Tortona 32.

This movie was filmed by Dezeen in Milan for MINI. Dezeen recently launched Dezeen x MINI Living, an initiative that explores how design can contribute to a brighter urban future.

Watch all the movies as we publish them at: www.dezeen.com/miniliving

The post SO-IL and MINI create an air-filtering house that “contributes to improving urban life” appeared first on Dezeen.