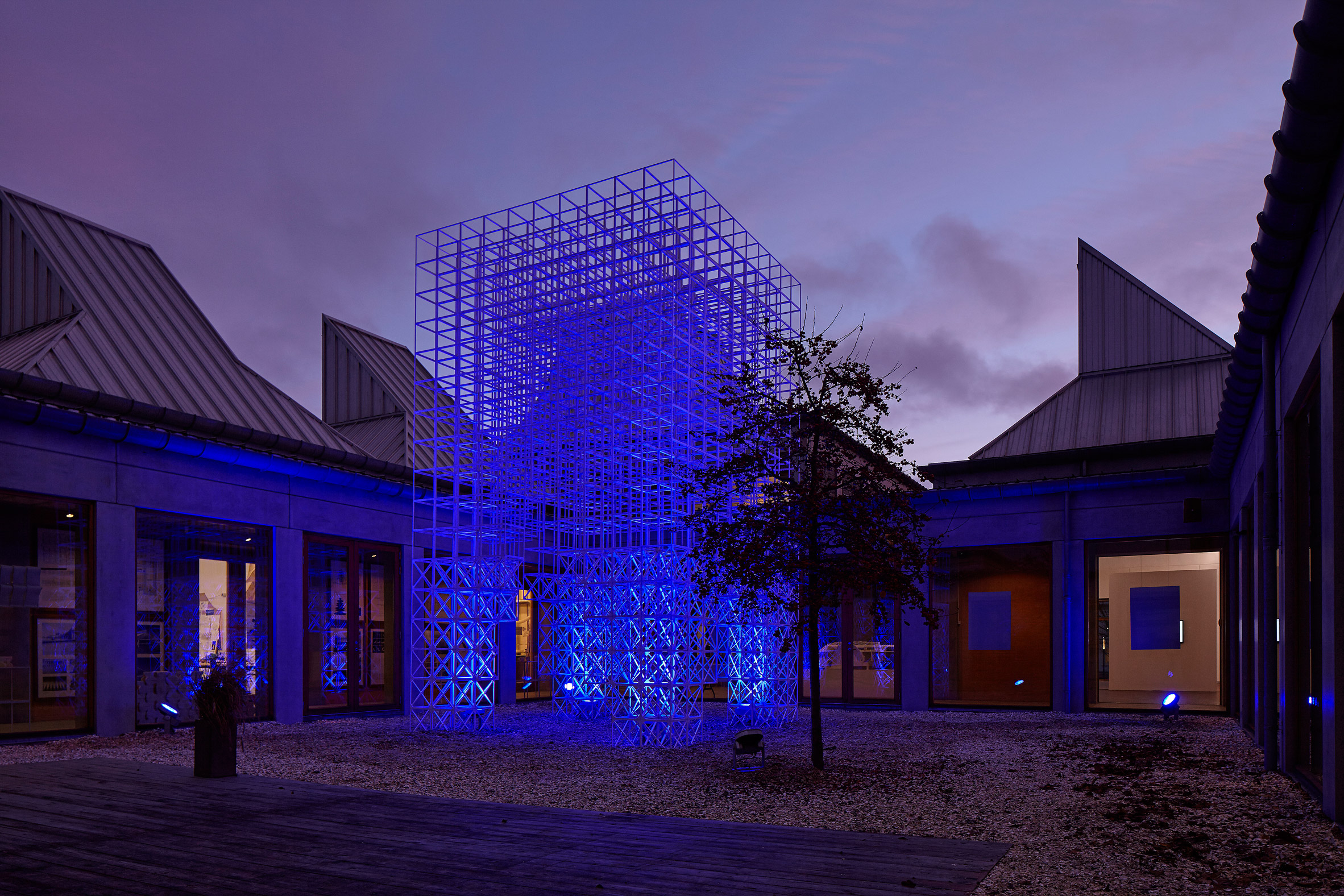 Skidmore Owings & Merrill designed this latticed pavilion in lieu of a Christmas tree for the courtyard of a building designed by the late Jørn Utzon in Aalborg, Denmark.

The Alternative Christmas Tree Sculpture is installed at the Utzon Center, the final building to be designed by Sydney Opera House architect Jørn Utzon before his death in 2008.

The installation forms part of SOM’s engineering exhibition at the centre, which is titled Sky’s the Limit – SOM the Engineering of Architecture.

Openings in the base allow visitors to step into the centre of the tower, which stretches to seven metres in height and pokes above the roofline of the surrounding blocks.

“Stepping into the middle of a Christmas tree and getting that different and, in some ways, mind-bending experience of space and design, is not something you can experience elsewhere in Denmark, said Utzon Center creative director Lasse Andersson.

Danish architect Jørn Utzon worked alongside his son to design the Utzon Centre, which is located on a waterside plot in Aalborg, the architect’s hometown. Originally intended as a research centre for students, it ended up becoming a museum.

Both Sky’s the Limit and the alternative Christmas installation will be open until 15 January 2017.

Other festive installations for the 2016 holiday period include an upside-down Christmas tree at the Tate Britain, a tree embedded in a gigantic ice cube and a room-sized interpretation of a Christmas tree by Jony Ive and Marc Newson.

Photography is by Allan Toft.