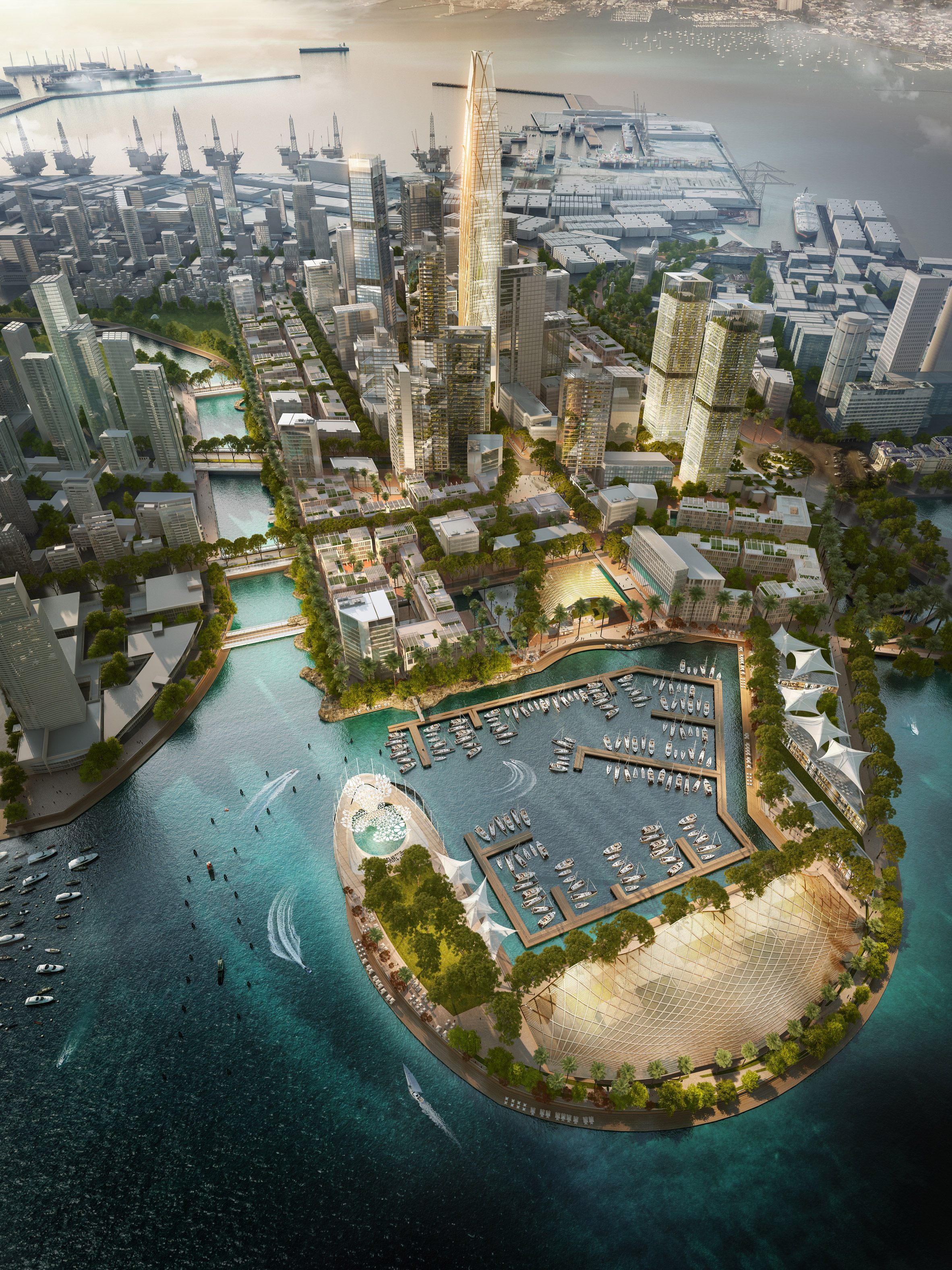 SOM has won a competition to design a new district for Sri Lankan city Colombo, with a design featuring numerous skyscrapers, a marina, canals and a park, influenced by the country’s tropical climate.

The finance and marina district masterplan was designed by SOM for CHEC Port City Colombo, which is looking to transform 269 hectares of reclaimed land beside Colombo’s central business district.

Backed by the China Communication Construction Company, the Port City masterplan aims to create a new hub for commerce, tourism and culture in Sri Lanka’s largest city, with connections to the main port and the historic Galle Face Green recreation ground.

The masterplan, created in collaboration with landscape architecture firm Grant Associates, involves the creation of a “new skyline” that is visible from different viewpoints across the city.

A sequence of public squares, parks, a new harbour and canals fringed with walkways are expected to create a varied public realm, informed by Sri Lanka’s geography, ecology and tropical climate.

A central plaza features shaded promenades inspired by hanging gardens that extend around the edges of the new marina.

“The locally resonant design approach is also apparent along the canal edge promenade, where inlets of varying character reference the lagoons of Sri Lanka’s rich and articulated coastline,” the project team suggested.

A large cultural venue located at the tip of the Marina District aims to attract people from the adjacent central business district toward the waterfront.

According to the design team, the proposal “offers a richness of urban opportunities and a robust framework with carefully designed public spaces”.

“It presents a dynamic new vision for Port City Colombo that promises to deliver high-quality urban environments for residents and visitors,” the team said. “The plan is designed to accommodate future growth and change within a sustainable development framework.”

SOM, short for Skidmore Owings & Merrill, originates from Chicago but today has offices all around the world. The firm ranked at number 119 on the inaugural Dezeen Hot List, which lists the most newsworthy and popular names in architecture and design.

The company’s other recent masterplan designs include a 16-hectare district in Bangkok, comprising a cluster of skyscrapers interspersed with green space, and a plan for the transformation of the Beaux-Arts 30th Street Station in Philadelphia.

Port City Colombo is slated for completion in 2041.

Images are by SOM and Meshroom.