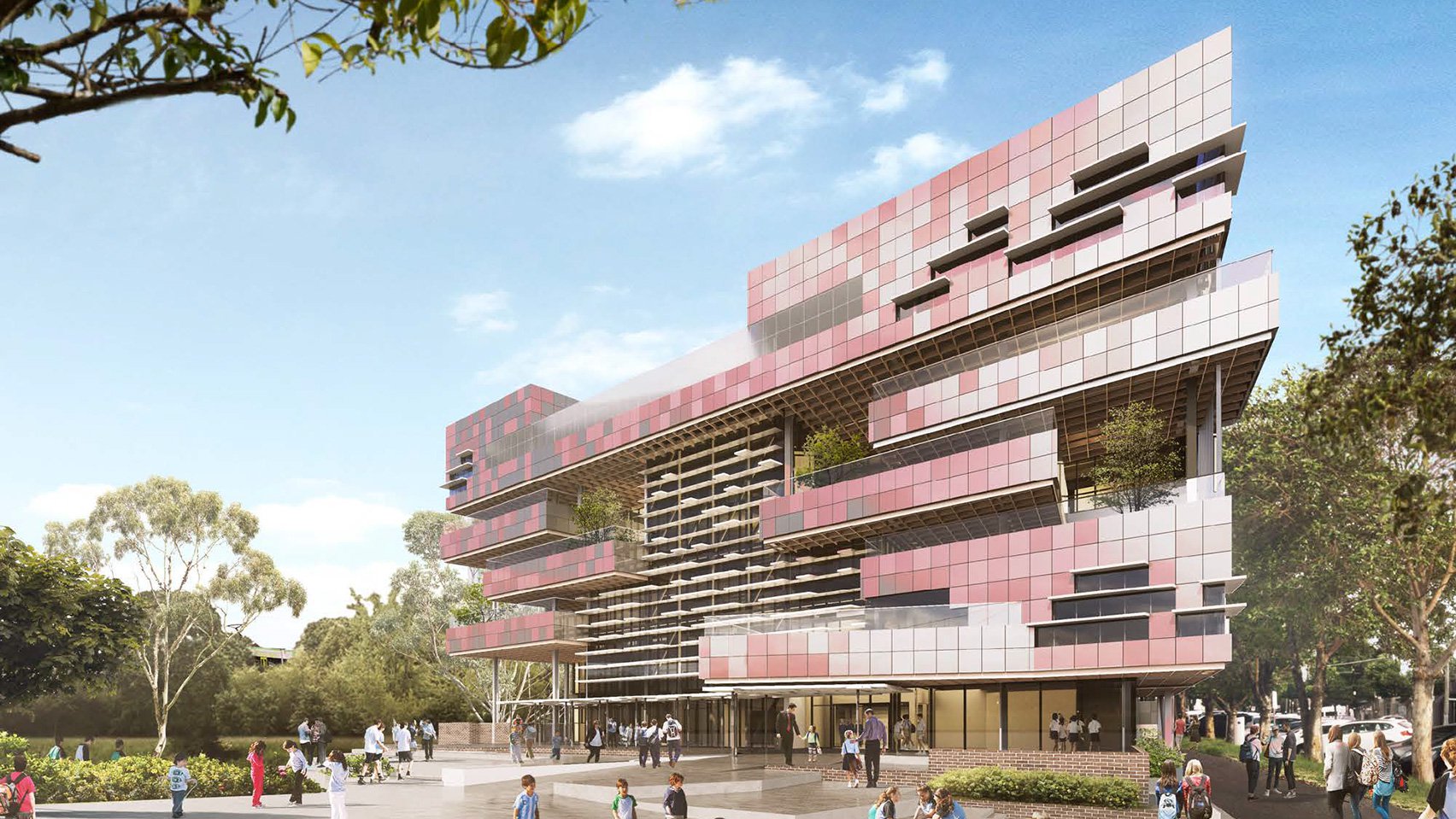 In our final movie from the World Architecture Festival 2016, architect Ann Lau explains how Australian firm Hayball plans to create collaborative learning spaces in the Melbourne school that was named Future Project of the Year last month.

South Melbourne Primary School, due to be completed in early 2018 in Melbourne, Australia, is billed by its architects Hayball as the “first vertical school” in the region.

The five-storey building will incorporate a primary school for 525 students as well as community facilities such as a child health centre and indoor and outdoor sports courts.

“The densification of our city means that we also need to densify how we deal with our social infrastructure,” says Hayball director Ann Lau in the movie.

“Most schools in Melbourne tend to be single or double-level. But this is a hybrid building with six levels, which reflects the density of this new portion of the city precinct.”

Community facilities will be located on the two lower floors, with the primary school occupying the upper portion of the building.

Lau says that, instead of traditional classrooms, children will be taught in a series of “learning neighbourhoods” that incorporate both indoor and outdoor spaces.

“There are no formal classrooms in this school,” she explains.

“Each learning neighbourhood will effectively accommodate 75 children with three teaching staff. It’s very much about collaborative learning rather than didactic learning.”

Portions of the wide, open staircase that runs between the floors of the school will double up as auditorium seating.

“Part of the concept that’s inbuilt within this vertical hybrid school and community centre building is that the staircase and vertical connectivity become one of the main features of the building,” Lau says.

“We created the concept of a vertical piazza. This vertical piazza is more than just a staircase – it is a meeting place, a teaching space, it is where the community actually meets with the activities of the school.”

This movie was filmed by Dezeen for the World Architecture Festival. Photography is by David St George unless otherwise specified.

Dezeen is media partner for the World Architecture Festival 2016, which this year took place in Berlin in conjunction with Inside festival of interior design.