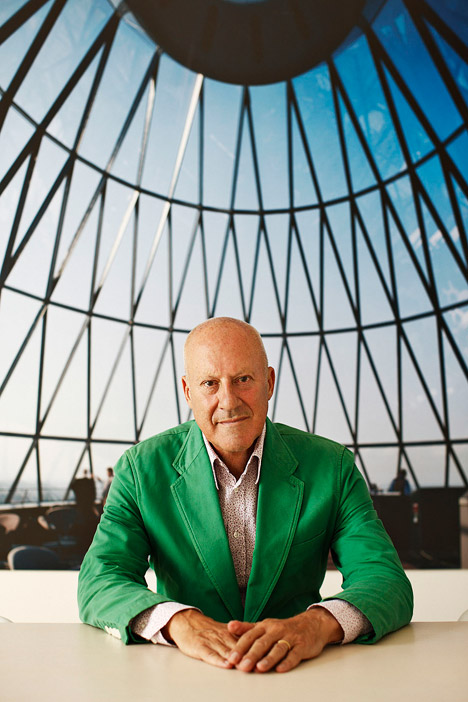 A ride in Norman Foster‘s helicopter, a chance to test Bjarke Ingel’s smoke-ring-blowing power plant chimney in Copenhagen, a hot-tub hangout with Charles Renfro, and a birdwatching adventure with Jeanne Gang are among prizes being auctioned off by an American nonprofit organisation.

Despite offering a host of prizes with famous architects, the online auction organised by the Van Alen Institute, a prominent New York-based think tank, has only attracted 23 bids since it launched on 6 May.

This is the second year that the institute has run its Auction of Art + Design Experiences, which aims to raise money to support its own research programs and design competitions.

There are 25 prizes in total, with participants including architects, curators, and photographers. Initial bid prices range from $500 to $1,950 and the auction closes on 25 May.

Among the prizes are a chance to accompany BIG founder Bjarke Ingels on a trip to test the smoke-ring-blowing chimney for the firm’s Amager Bakke Waste-to-Energy Plant in Copenhagen, which has not yet received any bids, and a flight above London in Norman Foster‘s helicopter that has attracted one bid.

The price for the BIG experience starts at $1,950, and the helicopter ride starts at $1,450, although Foster himself may not be present. “You will enjoy a privileged view of the architect’s own iconic designs, including the Gherkin, London’s City Hall, and in the distance the faceted courtyard of the British Museum,” states the auction website.

Winners will have to provide their own flights and accommodation to pick up their prizes.

The opportunity to hang out in a jacuzzi with Charles Renfro, a partner at New York firm Diller Scofidio + Renfro, is also up for grabs and has yet to receive any bids. The winner and three friends will receive a trip to Renfro’s home in Fire Island, New York, and will be invited to “slip into the hot tub for a roundtable discussion with cocktails,” according to the auction website.

Participants can also bid on a birdwatching expedition in Chicago or New York with Jeanne Gang, founder of Studio Gang Architects. “You’ll watch for herons at Bow Bridge, stalk indigo buntings at the edge of Sheep’s Meadow, and talk birds and buildings with one the greatest architects working today,” said the website.

Additional prizes include joining architect Michael Maltzan for a bike tour of Los Angeles; dining with interior designers George Yabu and Glenn Pushelberg in New York; and a chance to shadow UN Studio founder Ben van Berkel in his Amsterdam offices for a day.

“I think it’s very important to create auctions that are not about objects but are about experiences, because so many people don’t need more objects,” said the Val Alen Institute’s executive director David van der Leervan.

“I love that this auction offers something very sweet on one side — birdwatching with Jeanne Gang — and something naughty on the other side — a hot tub roundtable with Charles,” said van der Leer.