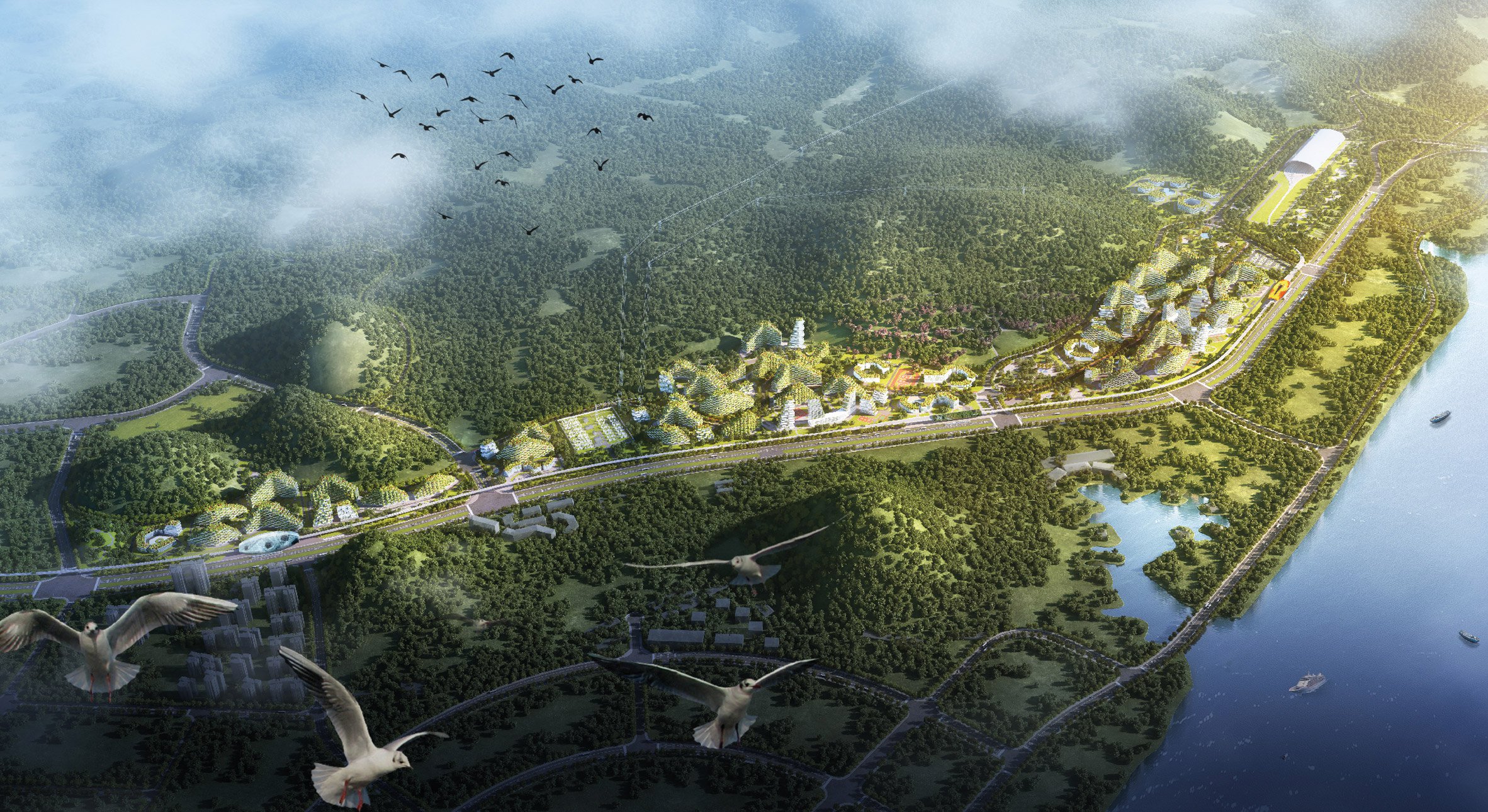 The Liuzhou Forest City will feature nearly 40,000 trees and almost one million plants, comprising 100 different species. The greenery is designed to trail over balconies and the roofs of a series of skyscrapers spanning 175 hectares along the Liujiang river, in the mountainous area of Guangxi.

Following on from Boeri‘s past trials of “vertical forests” in Milan and in Lausanne, the masterplan forms part the architect’s Forest City concept, which will see cities made up of plant-covered skyscrapers rolled out across China’s urban areas as a way to offset urban pollution.

The architect’s studio Stefano Boeri Architetti has also proposed a similar design for city in Shijiazhuang, while its pair of plant-covered skyscrapers recently broke ground in the centre of Nanjing.

Each scheme provides sustainable high-density housing and office space packed heavily with greenery, as a way to depollute the surrounding environment by filtering dust particles from the air and absorbing carbon dioxide.

Liuzhou will provide homes for 30,000 across a variety of residential areas, and include commercial and recreational spaces, two schools and a hospital. The architect estimates that the greenery will absorb nearly 10,000 tonnes of CO2 and 57 tonnes of pollutants per year, while also produce approximately 900 tonnes of oxygen.

Commissioned by Liuzhou Municipality Urban Planning, the complex will also be sustainable. It will use a geothermal source for air-conditioning and solar roof panels to collect renewable energy, while a fast rail line will be used by electric cars.

This, combined with it’s smog-eating walls, will make the city a world’s first according to the architects. Its completion is slated for 2020.

“For the first time in China and in the world, an innovative urban settlement will combine the challenge for energy self-sufficiency and for the use of renewable energy with the challenge to increase biodiversity and to effectively reduce air pollution in urban areas – which is really critical for present-day China – thanks to the multiplication of vegetable and biological urban surfaces.”

Other benefits of the schemes include reducing air temperature, providing noise barriers to busy traffic areas and creating homes for birds, insects and small animals.

The Forest City concept follows a number of proposals by architects and designers to improve the quality of air in cities. Others include Daan Roosegaarde’s Smog Free Tower, which is modelled on his pollution-eating vacuum cleaner, and a music school with a mossy roof designed to absorb airborne pollutants.