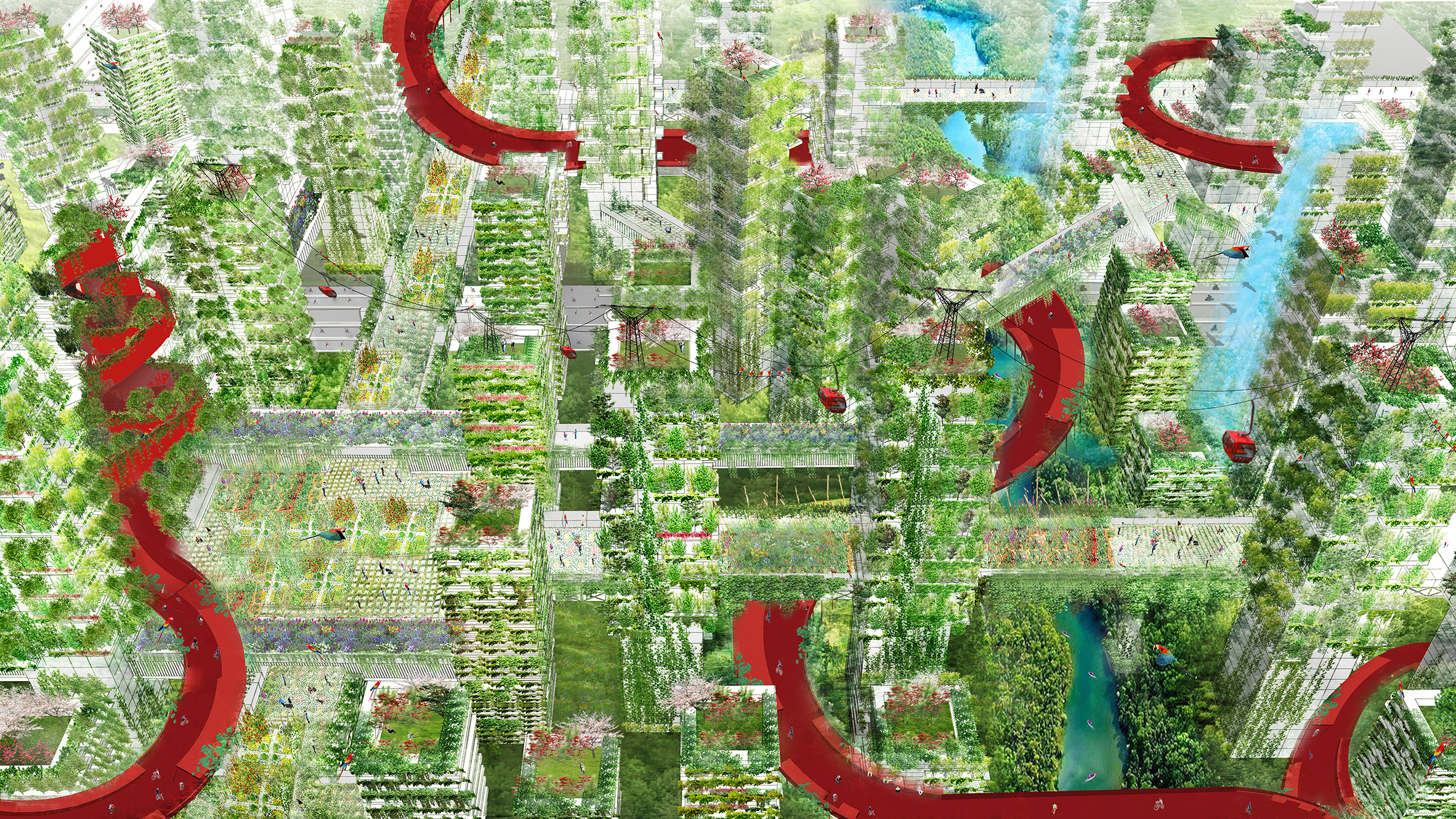 Boeri’s Forest City concept is a proposal to build a city in Shijiazhuang, China, which would act as a prototype for a new generation of green urban developments across the country.

The proposed city is comprises towers covered in trees and other plants, a concept that Boeri calls Bosco Verticale, or Vertical Forest.

The concept aims to provide sustainable high-density housing and office space in urban areas, while helping to depollute the surrounding environment by filtering dust particles from the air and absorbing carbon dioxide.

Join Dezeen and MINI for a talk with SO-IL, Assemble and Carlo Ratti in Milan

The towers also provide a habitat for birds and insects that would otherwise struggle to survive in an urban environment.

The architect has already completed a pair of Vertical Forest towers in Milan, which feature a mixture of trees, shrubs and floral plants on balconies on all four sides of both buildings.

Between them the towers host as many trees as could be planted in a hectare of forest.

Another pair of plant-covered towers by Boeri’s studio Stefano Boeri Architetti are currently under construction in Nanjing, China.

Over 1,000 trees and 2,500 cascading plants and shrubs will line the facades of the structures in the city’s Pukou District.

Boeri has also proposed a 36-storey tower in Lausanne, Switzerland, called Les Terraces des Cedres, which would be covered with various species of cedar tree, which are native to the area.

Boeri believes that building whole cities of Vertical Forests across China could help the country combat its well-documented problems with air pollution, while allowing its population to continue growing.

All images in the video and story are courtesy of Stefano Boeri Architetti.

This movie is part of our Dezeen x MINI Living Initiative, a year-long collaboration with MINI exploring how architecture and design can contribute to a brighter urban future.

Watch all the movies as we publish them at: www.dezeen.com/miniliving