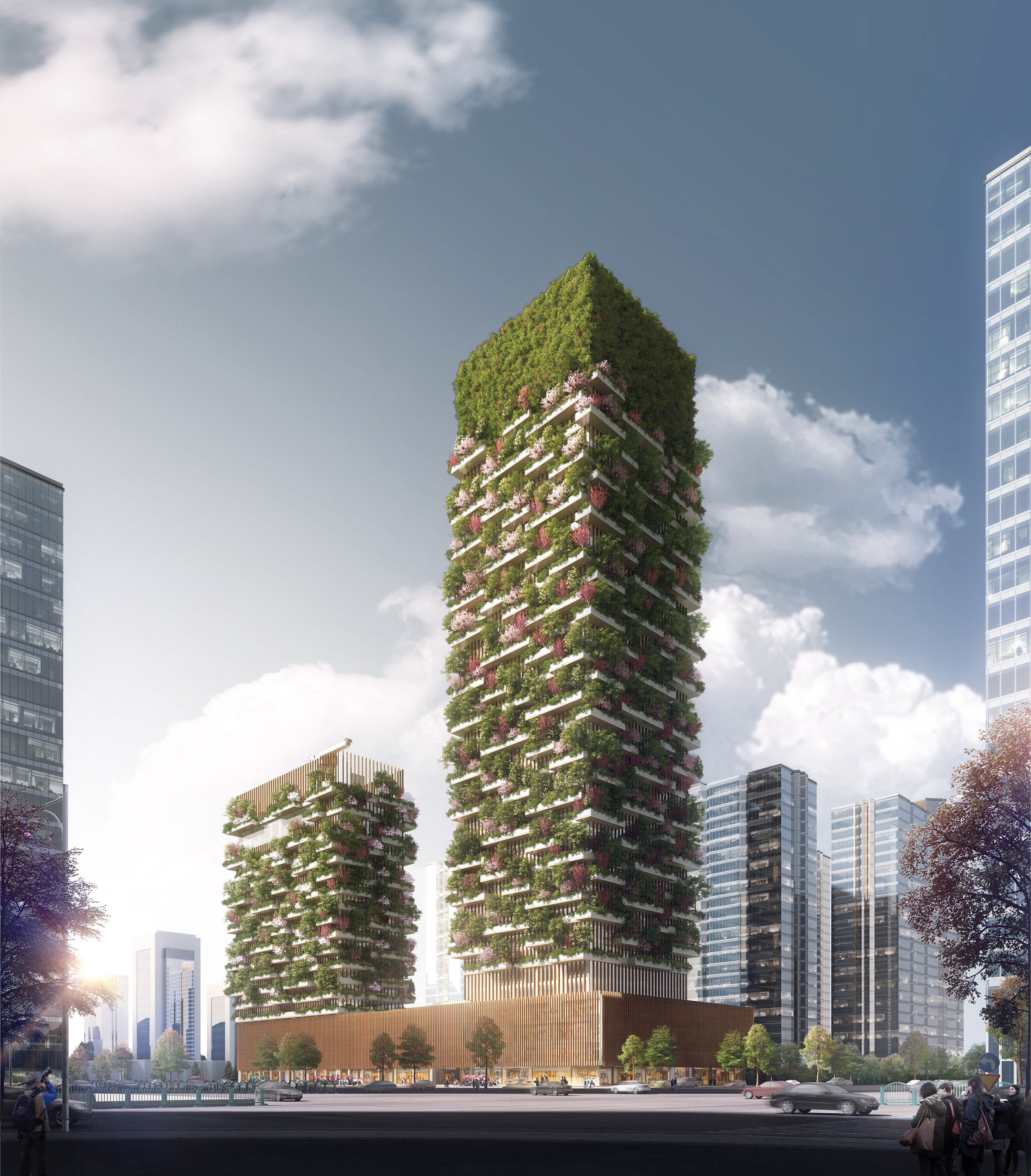 Italian architect Stefano Boeri has unveiled plans for a “vertical forest” in China, a pair of towers covered with trees and trailing plants in the centre of Nanjing.

Over 1,000 trees, 2,500 cascading plants and shrubs will line the facades of the Nanjing Vertical Forest, which is already under construction in the city’s Pukou District.

The mixed-used development commissioned by the state-owned National Investment Group, follows Boeri‘s past trials of “vertical forests” in Milan and in Lausanne.

The concept aims to provide sustainable high-density housing and office space in urban areas, capable of producing oxygen through its plant-covered facades. The architect plans to roll the concept out across Chinese cities to help offset pollution.

Boeri describes it as “a real vertical forest that will help to regenerate local biodiversity, will provide a 25 tons of CO2 absorption each year and will produce about 60 kilograms of oxygen per day”.

“The Nanjing Vertical Forest project is the third prototype of a project about urban forestation and demineralisation that Stefano Boeri Architects will develop all over the world and in particular in other Chinese cities such as Shijiazhuang, Liuzhou, Guizhou, Shanghai and Chongqing,” he said.

Two tree-covered towers will rise from a rectilinear podium containing a shopping centre, food market, as well as restaurants, a conference hall and exhibition spaces.

At 108 metres, the shorter of the two towers will contain a hotel with 247 suites and a rooftop swimming pool. The 200-metre-tall tower will host a “green” architecture school, offices, a museum, and a private club on its roof.

Nanjing Vertical Forest is expected to complete in 2018.

Other buildings designed to improve the quality of air in cities include Daan Roosegaarde’s Smog Free Tower, which is modelled on his pollution-eating vacuum cleaner, and a music school with a mossy roof designed to absorb airborne pollutants.