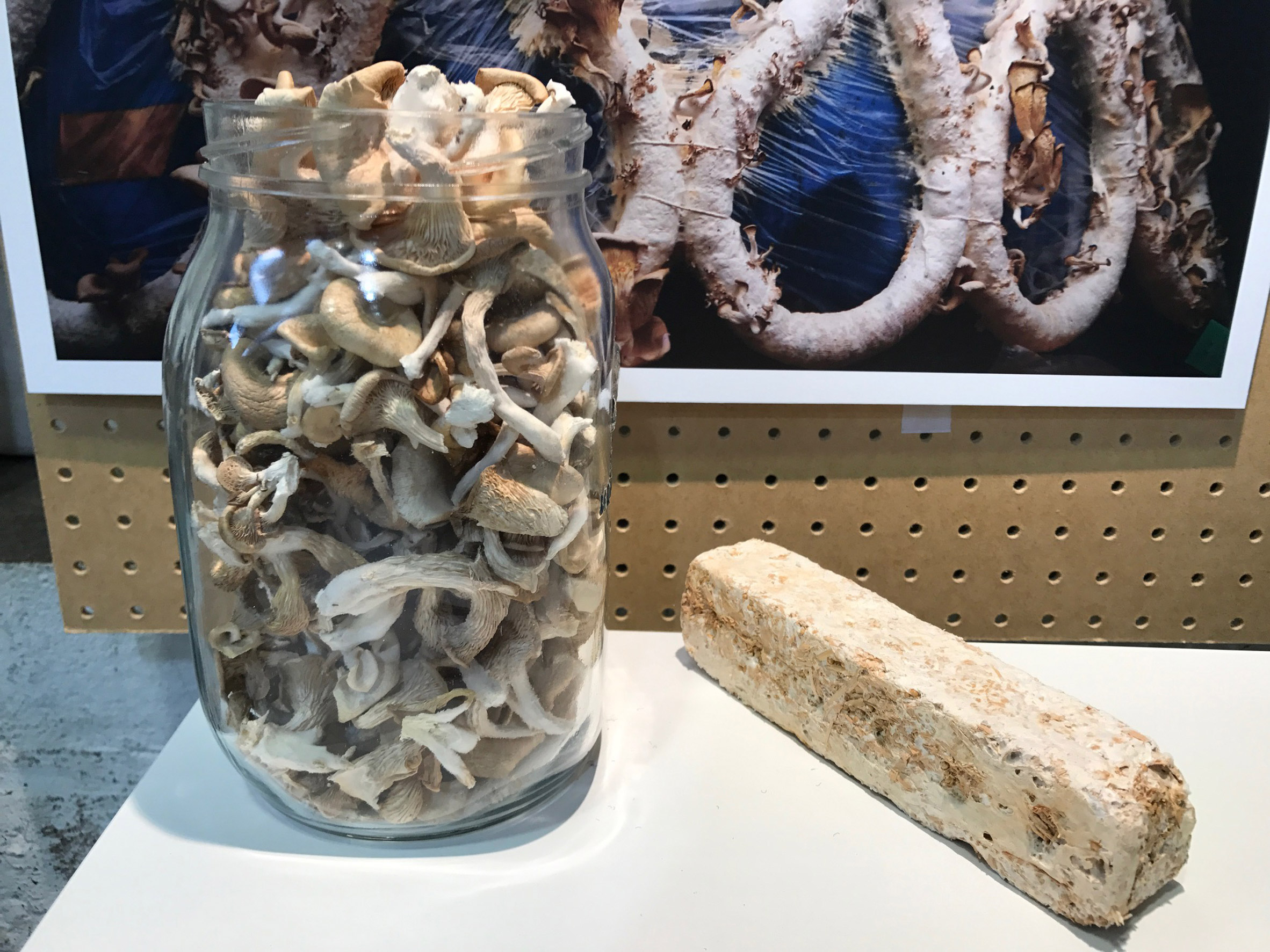 Vasaluoma, a student at London’s Brunel University, developed a technique where the mycelium material is mixed with cardboard before being moulded into what he calls “mushroom sausages” using a tube-shaped cotton bandage.

The long sausages are then placed over a mould and left to grow over a four-week period inside a ventilated greenhouse.

According to Vasaluoma, the resulting structure is “bound together like glue”, and could provide an environmentally friendly alternative to more commonly used construction methods and materials.

The oyster-shaped fungi that grow on the structure could also be picked and eaten. Vasaluoma envisages the material being used to create a pop-up restaurant grown from mushrooms and serving mushroom-based meals.

“Exploring the structural potentials of mycelium materials could help in shaping a future where architecture is grown from bottom-up rather than consuming resources and creating waste,” he said.

“Mycelium materials are beneficial to us and the environment as well as just being really cool. They’re another great example of why we need to trust the intelligence of nature in helping us create more regenerative systems of manufacture.”

Mycelium is becoming more widely recognised by designers as a useful material. Eric Klarenbeek used it to create a 3D-printed chair, while mycelium bricks were made to form an organic tower in the courtyard of New York’s MoMA PS1 Gallery.

It was hailed as the catalyst for a “biotechnological revolution” by Amsterdam designer Maurizio Montalti, but Vesaluoma believes we have some way to go until it becomes acknowledged by the wider market.

“Right now the main factors holding back the mass-commercialisation of mycelium materials are people’s pre-assumptions, as well as the power of the profit-driven materials industry,” he said.

“Various solutions are being commercialised in the USA and Netherlands but in my opinion, the material needs to be introduced to a much wider market, including the UK.”

3D-printed mushroom roots “could be used to build houses”