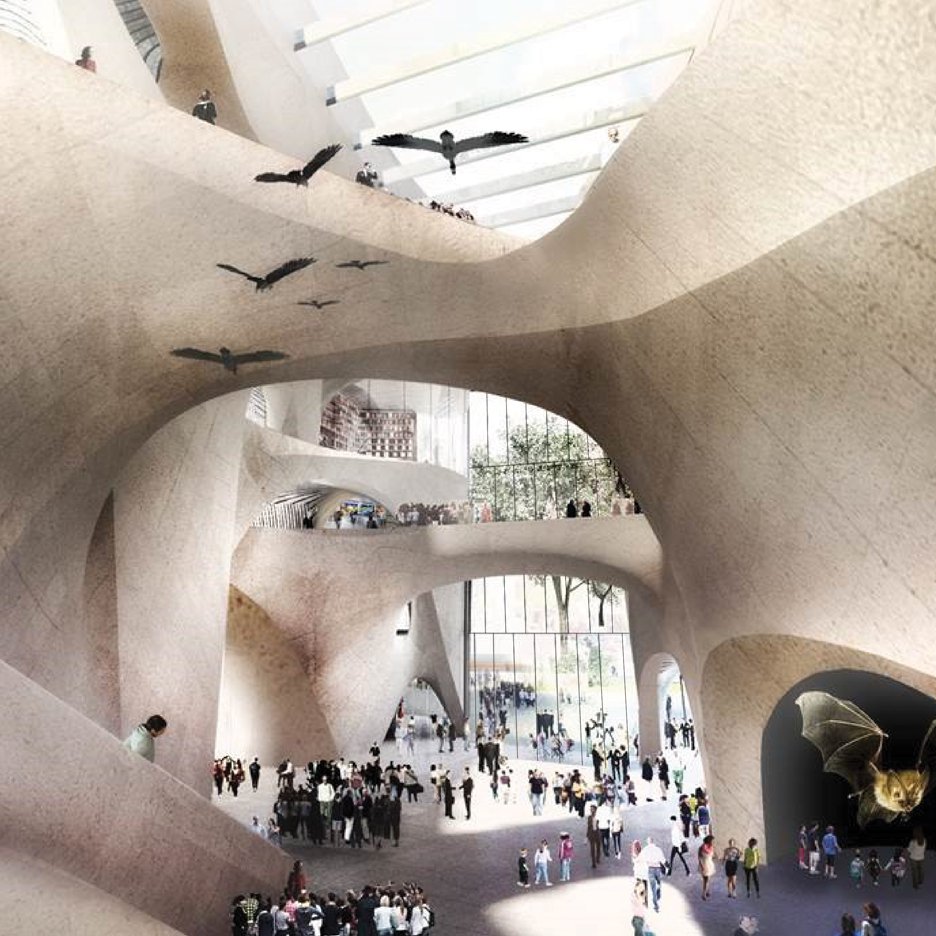 A geological-inspired addition to the Natural History museum in New York by US firm Studio Gang has received unanimous approval from the city’s Landmarks Preservation Commission.

The organisation gave the green light for the Gilder Center for Science, Education and Innovation at the American Museum of Natural History last week.

Proposed by the Chicago-based studio led by architect Jeanne Gang, the new 135,000-square-foot wing’s undulating facade and cavernous interior designs are based on rock formations.

It will create spaces for science research and education on the west side of the vast museum – one of the largest in the world – which flanks Central Park.

More than half a million students are expected to use the new exhibition areas, labs and classrooms each year.

The extension will sit among the various architectural styles of the 142-year-old museum, replacing three buildings currently in the vicinity.

After the design was first unveiled in November 2015, some residents of the surrounding Upper West Side neighbourhood expressed concerns about how it would encroach the Theodore Roosevelt Park surrounding the museum.

Therefore, Studio Gang revised its footprint slightly before the proposal was submitted to the Landmarks Preservation Commission for approval on 8 September 2016.

Across the Atlantic, London’s Natural History Museum is also set for a major expansion. The design to upgrade its entrance areas by Niall McLaughlin Architects and landscape firm Kim Wilkie gained approval this month.

Earlier this year, Studio Gang was chosen to design a new US embassy in Brasilia. The firm is also on the shortlist to create an additional campus for the Royal College of Art in London.