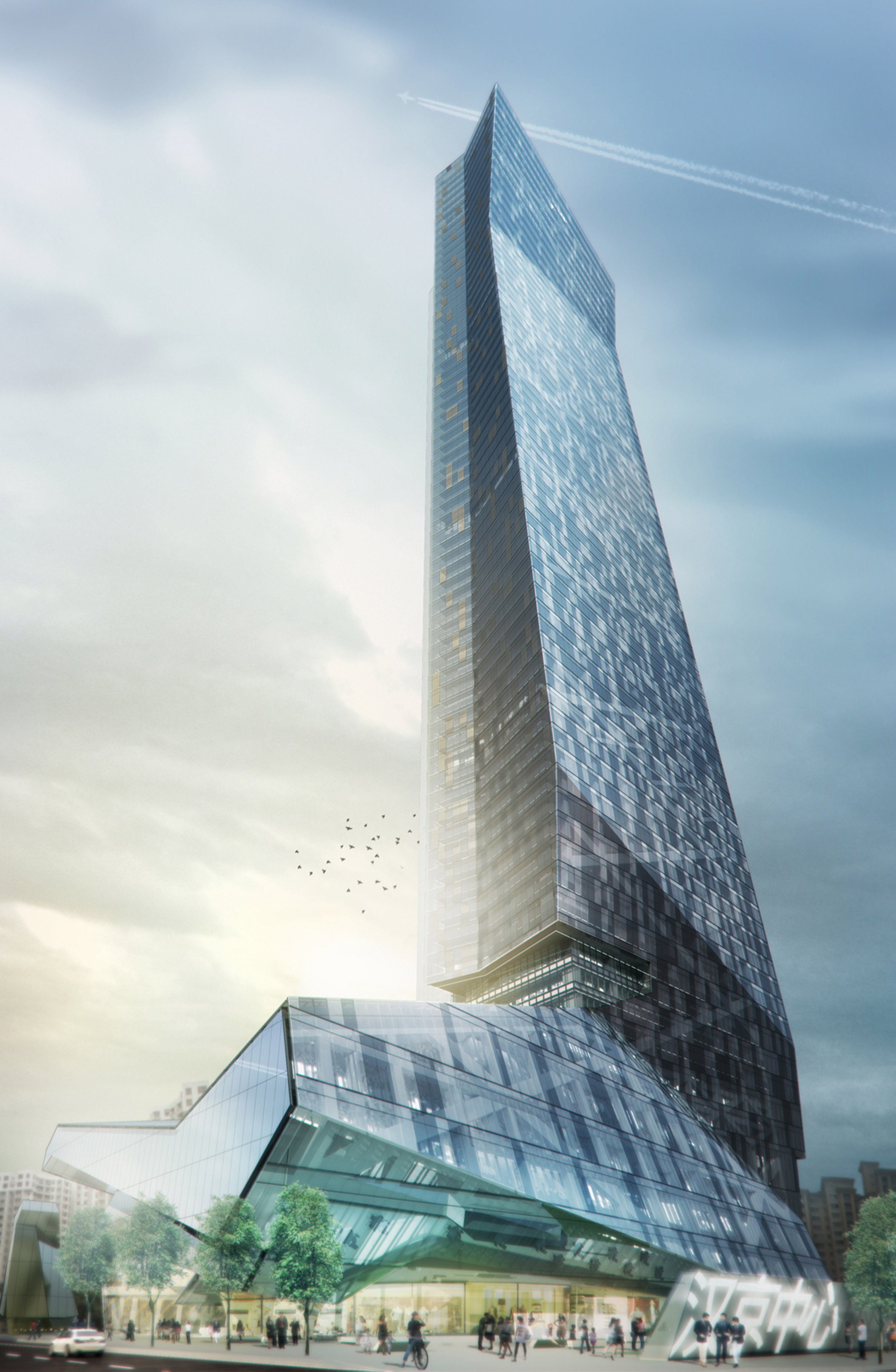 A 350-metre-high skyscraper by Morphosis has topped out in Shenzhen, and the US firm claims it will become the “tallest steel building in China”.

The slab forming the 62nd floor of the Hanking Center Tower was put in place last week, meaning the skyscraper has reached its full height.

At 350 metres, it classifies as supertall – a term coined to describe any building over 300 metres.

The base of the building will comprise a faceted podium surrounded by a plaza, while its tapered tower will feature a detached core containing technical services and circulation spaces.

The aim of the separation is to offer office tenants more layout flexibility, resulting in healthier workspaces with ample light and airflow.

The main body of the tower and the circulation core are set nine metres apart, linked by sky bridges and diagonal braces.

The firm claims that, as well as being the tallest steel structure in China, Hanking Center Tower will be the highest building in the world with a detached core.

As well as the service core, two more detached cores will provide private lifts for VIPs and goods. They will also offer structural support.

“The Center utilises folded angles to elegantly merge public components in the podium with private commercial space in the tower – a departure from conventional towers, where differing program is often relegated to separate and disjointed volumes.”

“As the new icon for the high-tech industrial sector, the Hanking Center Tower is designed as an incubator for emerging technologies, providing for growing firms with evolving space requirement,” it added.

Mayne founded Morphosis in 1972 – and the firm ranked at 171 in the inaugural Dezeen Hot List.

Recent projects include a science, design and engineering facility in Michigan and the Hollywood campus for arts school Emerson College.

Hanking Center Tower is expected to complete in 2018.