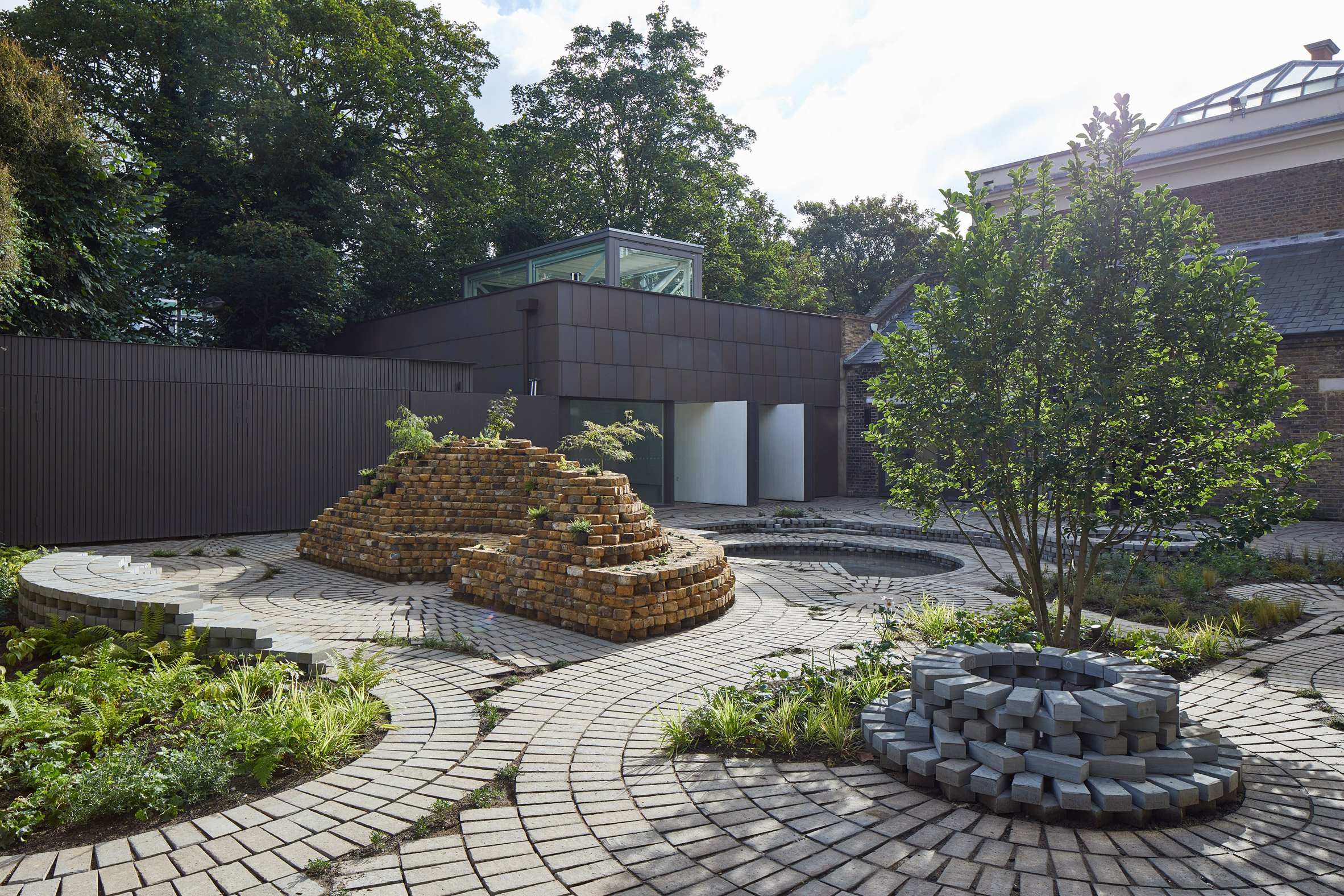 Mexican artist Gabriel Orozco has worked with 6a Architects to create a sculptural garden paved in a pattern of interconnected circles for the South London Gallery.

The community-focused gallery, located in the London area of Camberwell, was previously renovated and extended by 6a Architects in 2010.

The new back garden is intended give the gallery’s visitors space to sit, eat and play. It will also serve as an outdoor showcase for installations by various artists.

Arranged across a number of levels, the garden is widely paved in Yorkstone bricks, many salvaged from what used to be the gallery’s rear facade.

These bricks draw circles around the garden, demarcating pockets for different activities. Rather than appearing repetitive, however, the circles are each given their own character through the use of different levels, or through the addition of plantings or water butts.

Circles are a common motif in Orozco’s work, but this is the first time the Tokyo-based artist has applied them to a garden design.

His main concern in designing the garden was to integrate the space with its surrounding architecture while serving the needs of the community.

“From my first visit I was impressed by the South London Gallery’s commitment to its local community and neighbourhood, and intrigued by the relationship between the garden space and its different audiences, and the idea of creating something which could provide an inspiring platform for all of them,” Orozco said.

“I started to think about various geometries emerging from the architecture surrounding the space and how they might be reintegrated into it as the basis of a design. It has been a fascinating process.”

Orozco intends the garden, which is currently sparsely planted, to be allowed to overgrow into a rambling environment that connotes an urban ruin.

It is planted with different grasses, creepers and scented plants, chosen on the basis of advice from horticulturists at the Royal Botanic Gardens, Kew.

The garden will be open to the public every weekend and by private invitation during the week. As well as through South London Gallery itself, the garden can be entered from the abutting Sceaux Gardens housing estate, where the gallery runs art programmes.

Its 2010 extension of the South London Gallery saw the studio renovate a neighbouring derelict house, exposing its original structural features.

The South London Gallery is currently displaying working drawings and a film about the garden project in its first-floor galleries until 8 January 2017.

Photography is by Andy Stagg