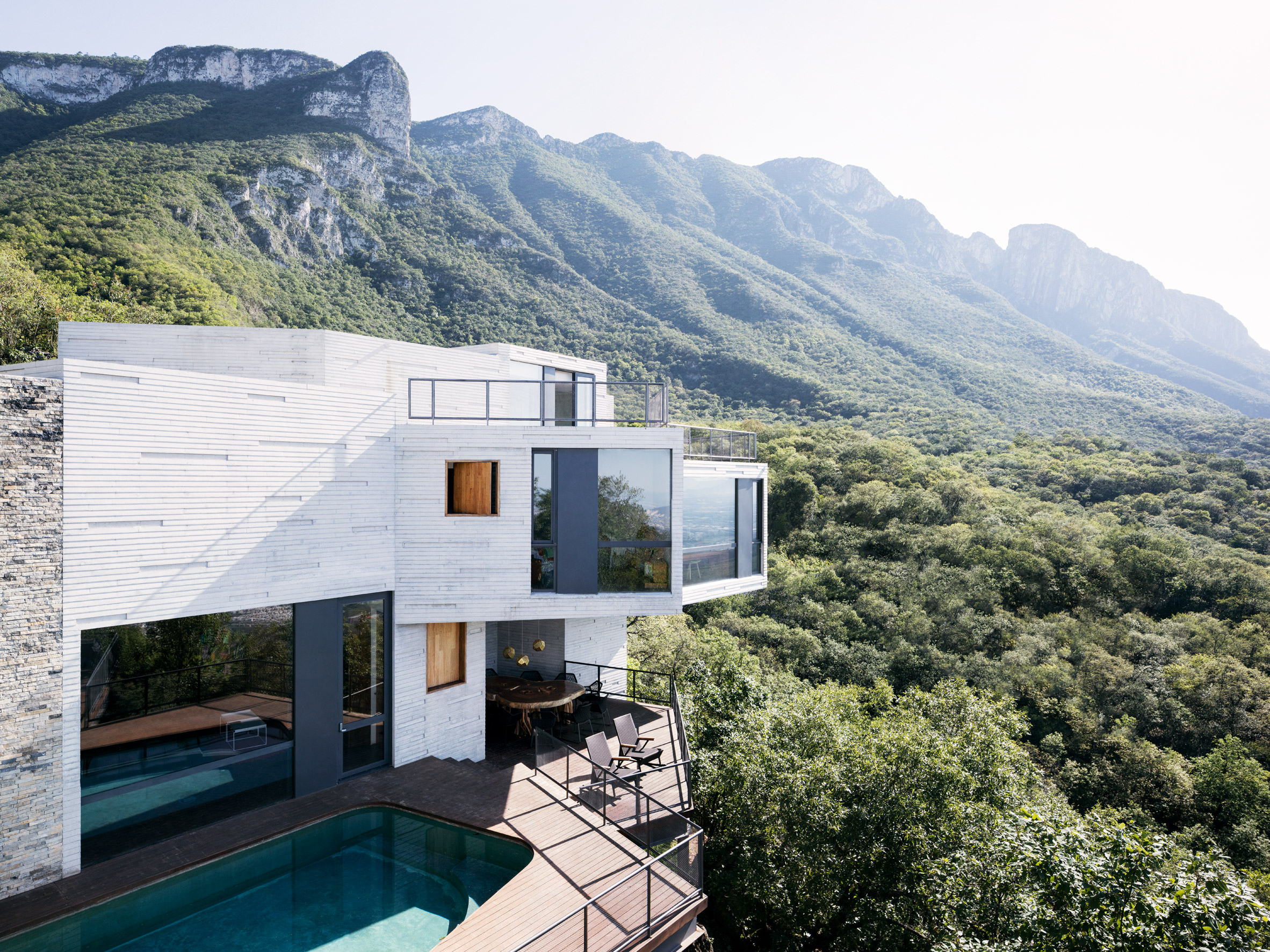 This house by Mexican architect Tatiana Bilbao comprises a cluster of five-sided concrete blocks that emerge from a forested hillside to offer panoramic views towards the city of Monterrey.

The family home was designed by Bilbao’s Mexico City studio to occupy a steeply sloping plot with an awkward topography.

The uneven terrain informed a proposal that extends across the site, composed of a series of connected volumes arranged to optimise the available views.

With its outlook over the nearby metropolis, the hillside property evokes images of properties in the Hollywood Hills captured in the mid 20th century by photographer Julius Shulman.

“This reference was a starting point and an inspiration to begin our design, based a pentagon module as a design parameter, which derived from a spatial diagram and the topography,” Bilbao’s team explained.

Each pentagon is positioned to follow the landscape. This separation into distinct units helped to fulfil the client’s request for a division between public and private spaces within the home.

“We didn’t build a house over the hillside,” said the team, “we built a house which grew organically on the hill and became part of the composition of the natural environment.”

Communal spaces are accommodated in a series of modules at the lowest, flattest portion of the site, where a large living area with more seamless connectivity was created.

The private rooms are housed in units that step gradually up and around the edge of the slope. A spiral staircase ensures an uninterrupted flow between the various levels.

The use of raw concrete throughout the building was informed by the landscape and by the site’s demanding structural and climatic requirements.

The rugged, angular forms and textured surfaces of the exterior lend the house a monolithic, geological quality that recalls a geological formation like a cliff face.

Wood used internally for walls, shelves and floor tiles offers a warm and natural contrast to the smooth concrete surfaces.

Large planters suspended in a light-filled atrium complement views of the surrounding vegetation.

Tatiana Bilbao ranked at number 236 in the inaugural Dezeen Hot List –  a guide to the most newsworthy names in architecture and design.

Her previous projects include a flexible building prototype to address Mexico’s housing shortage and a biotechnology facility for a university comprising a stack of glass boxes.