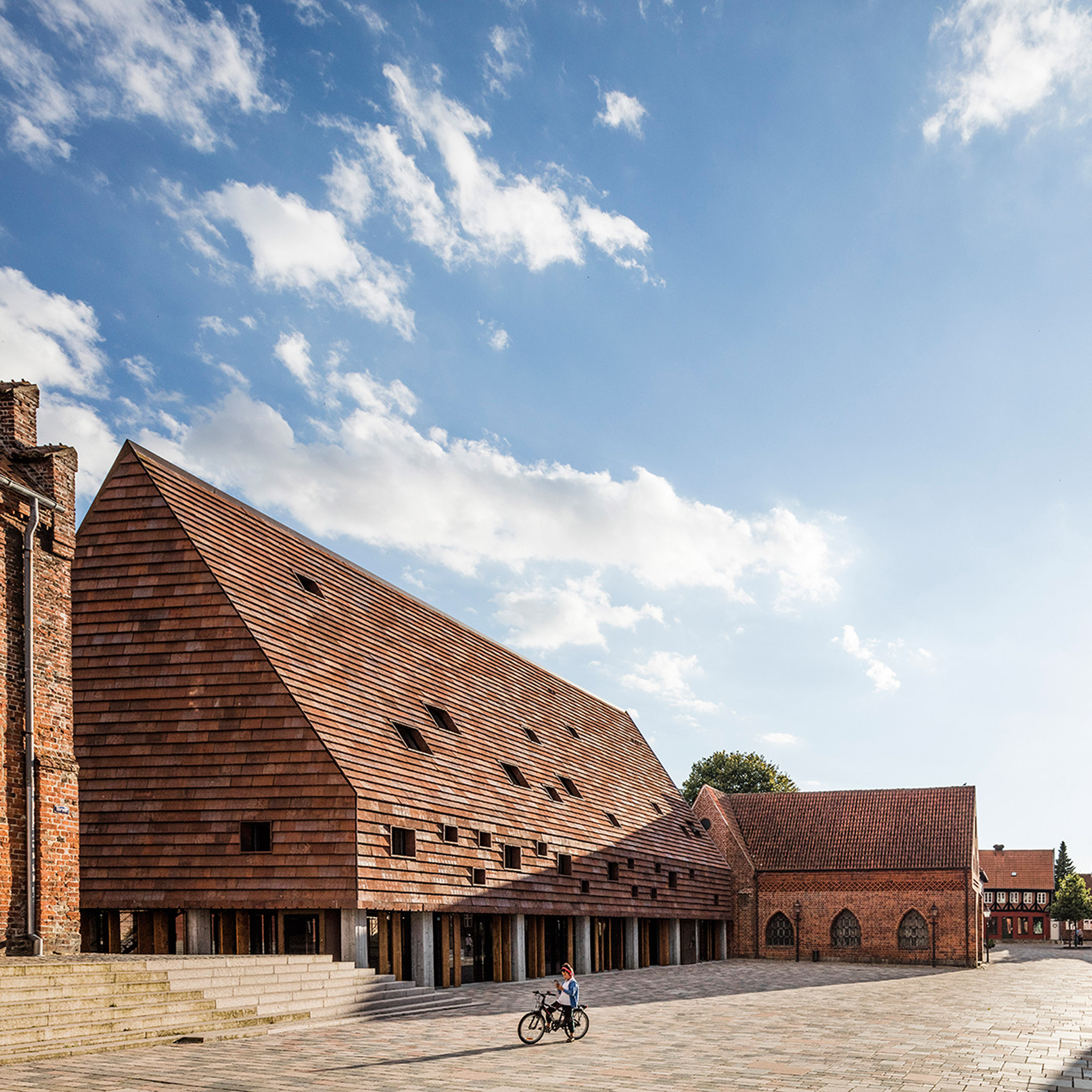 This week on Dezeen, Santiago Calatrava responded to the 2016 Women in Architecture survey, which showed broadening pay disparity, by telling women to “just wait a second” for equality.

Responding to new evidence showing sexism is rife in the architecture profession, Calatrava told a London audience that “women are the salt of our lives” while drawing pictures of them naked and explaining how his wife had supported his career.

The Women in Architecture survey showed that men are paid more across the board and pay disparity is widening.

US architects expressed “outrage” this week at the lack of gender diversity at the American Institute of Architects’ upcoming annual conference in Orlando.

In a further blow to female architects, a survey revealed that US students on architecture college courses put in more extra hours than those taking any other subject.

In the latest Donald Trump controversy, the US president vowed to lower the cost of the wall he plans to build along the country’s border with Mexico by using a cheap design.

BIG won a contest to design the San Pellegrino bottling factory in Italy, and it was revealed that Zaha Hadid Architects’ Beijing tower will feature the world’s largest atrium.

IKEA unveiled the result of its collaboration with Tom Dixon – a modular bed that pushes the limits of adaptability.

In tech news, Elon Musk claimed that humans will need to become cyborgs to keep up with artificial intelligence, and Dubai announced it will begin flying the world’s first passenger drones this summer.

It was rumoured this week that Nokia is to relaunch its bestselling 3310 mobile phone as a cheap backup for smartphone users.

Dezeen launched a competition to redesign the UK passport after Brexit, and we joined Japanese messaging app Line.

“Women are the salt of our lives. They give it flavour,” says Santiago Calatrava

The post This week, Calatrava told women to “wait” for equality after survey showed gender pay gap is widening appeared first on Dezeen.