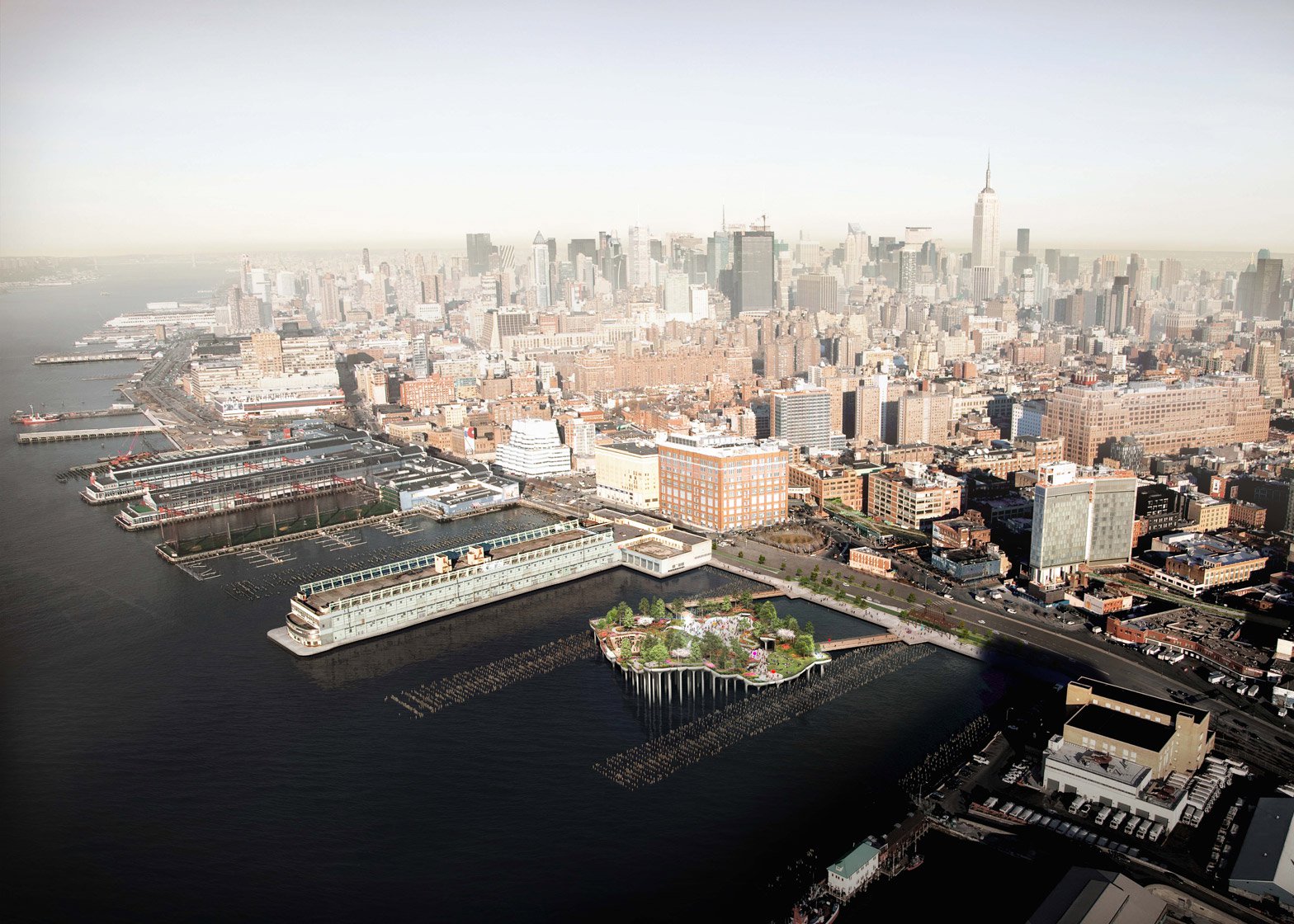 Only a month after the Garden Bridge was scrapped, Thomas Heatherwick’s plans for a park on New York’s Hudson River have been abandoned – and the designer has described the decision as “really, really sad”.

Billionaire Barry Diller announced yesterday he is giving up his battle to replace an old pier with an undulating park and events space designed by Heatherwick Studio.

The project, called Pier 55, had been granted planning permission, and had also overcome a series of court challenges. But construction wasn’t able to start, due to problems with the permit, and the delays caused by the ongoing legal disputes led to costs ballooning up from $35 million to $250 million.

“There was enormous public support, everyone was behind it, except there was an unelected group of people who, from a commercial real-estate perspective, had their own gripes. They held the project hostage, slowing it down through repeated legal cases that the project was winning each time, but which were grinding things down.”

Despite the obvious similarities between Pier 55 and the Garden Bridge, the designer insists that the two outcomes have nothing in common.

He claims Pier 55 would have been “a new public space that’s never existed before”.

“The pier would have been an amazing public space,” he said. “In a way, it was building on New York’s recent successes, like the High Line.”

Heatherwick first unveiled plans for Pier 55 back in 2014, describing it as a “treasure island”. It was to built over a cluster of mushroom-shaped columns, 56 metres off the Hudson River shoreline.

Diller and his wife, fashion designer Diane von Furstenberg, were funding the project, while the non-profit Hudson River Park Trust organisation was to be in charge of managing the park.

It was opposed by the City Club of New York, an advocacy group who argued that the structure was not suitable for its proposed location in a protected estuary.

According to The New York Times, the group was still undergoing settlement discussions with the Hudson River Park Trust when Diller made the announcement.

“Because of the huge escalating costs and the fact it would have been a continuing controversy over the next three years I decided it was no longer viable for us to proceed,” said Diller, the paper reports.

Madelyn Wils, president of the Hudson River Park Trust, has also expressed her sadness at the announcement.

“We are deeply saddened,” she said, “not simply because this would’ve been one of the world’s greatest piers, but because this was a project the community so resoundingly wanted, and that millions would one day enjoy.”

“Instead, it was thwarted by a small handful of people who decided they knew better,” she added. “We’re now left with a big hole to fill where we hoped to build the crown jewel of Hudson River Park.”

Thomas Heatherwick ranked at number 23 in the inaugural Dezeen Hot List, a countdown of the year’s biggest names in architecture and design.

His Garden Bridge design was first unveiled in 2013, a year before Pier 55, but was eventually scrapped last month following a lack of support from London mayor Sadiq Khan.