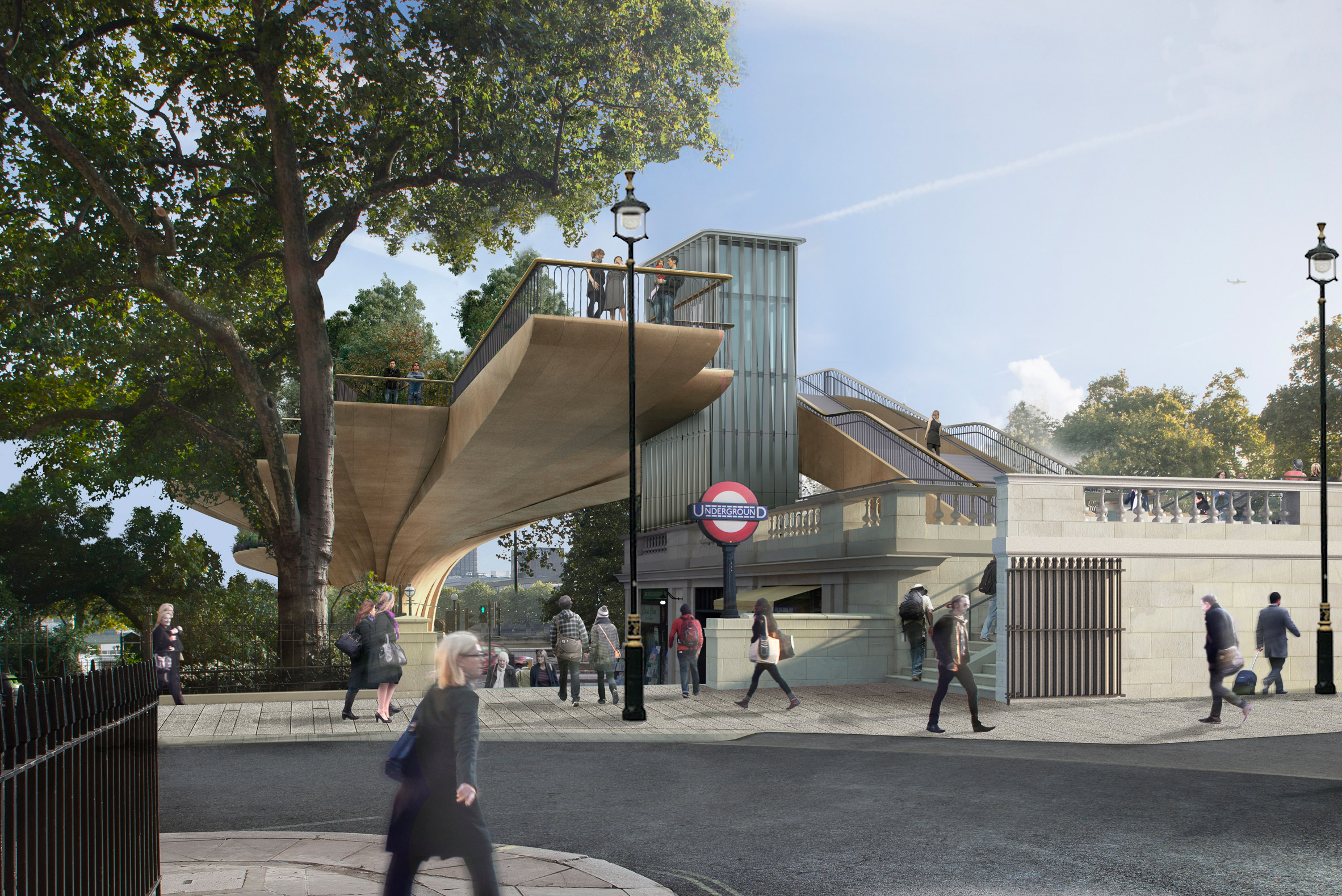 The final nail in the coffin for the controversial Thomas Heatherwick-designed Garden Bridge has come today, as the trust behind the project announced its closure following lack of support by London mayor Sadiq Khan.

The Garden Bridge Trust, the charity set up to build and run the £200-million Garden Bridge, announced its closure and the end of the project this morning.

“The trust has had no choice but to take this decision because of lack of support for the project going forward from the mayor,” said a statement from the trust.

It added the end of the project was a “sad day for London” and suggested the capital was no longer open to ambitious projects.

Earlier this year London mayor Sadiq Khan withdrew his support for the project, citing spiraling construction and maintenance costs as a risk to public money.

Khan’s financial guarantees for the bridge’s operation were a condition to its planning consent. The Garden Bridge Trust went on to explore and exhaust other funding options.

Sadly, we’re winding up. Without backing from @MayorofLondon we cannot make the dream of the Garden Bridge a reality https://t.co/k1LHjKmTdH

The trust’s chairman Mervyn Davies has now written to Khan, Transport for London and the Department of Transport – which allocated public funds of at least £45 million to the project – to outline the trust’s decision.

The letter from Davies reads:

It is with great regret that trustees have concluded that without mayoral support the project cannot be delivered. We are incredibly sad that we have not been able to make the dream of the Garden Bridge a reality and that the mayor does not feel able to continue with the support he initially gave us. We had made great progress obtaining planning permission, satisfying most of our planning conditions and we had raised £70 million of private money towards the project.

The Garden Bridge would have been a unique place; a beautiful new green space in the heart of London, free to use and open to all, showcasing the best of British talent and innovation. It is all the more disappointing because the trust was set up at the request of TfL, the organisation headed up by the mayor, to deliver the project. It is a sad day for London because it is sending out a message to the world that we can no longer deliver such exciting projects.

A financial inquiry into the Garden Bridge found that the scheme, which started out with an estimated price tag of £60 million, would likely cost over £200 million. As a result, it determined that the taxpayer would be better off if the bridge were cancelled.

Khan withdrew his support for the bridge following the recommendations of the report, which also raised concerns about an unfair procurement system that favoured Heatherwick Studio and Arup for the job.

British designer Thomas Heatherwick first unveiled designs for the Garden Bridge in 2013. The plant-covered bridge, which was to span the River Thames between Temple and South Bank, was backed by former London mayor Boris Johnson and the actor Joanna Lumley.

Even before its was given planning consent in 2014, the project was blighted with a multitude of funding issues and questions about how it would be used.