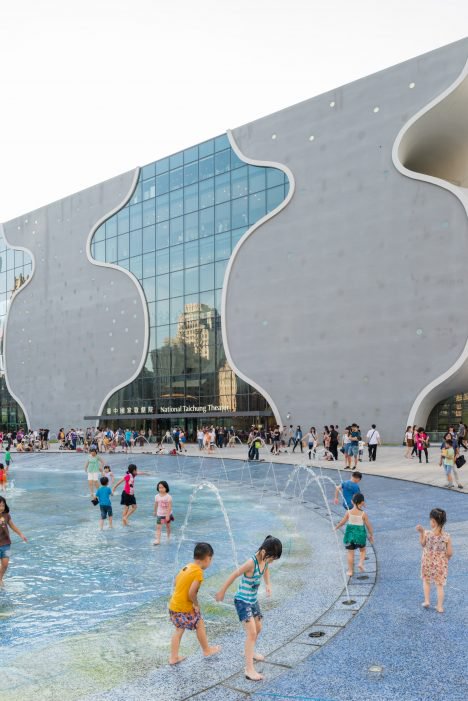 These new photographs reveal the cavernous form of an opera house by Japanese architect Toyo Ito, which is taking shape in the Taiwanese city Taichung (+ slideshow).

These shots taken by Lucas K Doolan, a New Zealand photographer currently working in Taiwan, were taken during a preview event.

The opera house features a series of hourglass wells in its facade, which are filled with gridded glazing to frames views of the city from terraces within.

Inside, cavernous hollows based on bodily orifices contain stairwells, lobbies and auditoria.

Bright white walls are offset by areas of bright red carpeting and paintwork.

“I aimed to create the architecture of this opera house in such a way that the inside and outside are continuous in a like manner to how bodies are connected to nature through organs such as the mouth, nose, and ears,” explained Toyo Ito.

The building’s unusual form is made up from curving components covered in a layer of unifying shotcrete – sprayed concrete.

The 58,000-square-metre complex hosts three theatres – one with a capacity for 2,000, another with 800 seats and the smallest with room for an audience of just 200.

The six-storey building also includes rehearsal rooms and a restaurant.

Photography is by Lucas K Doolan.