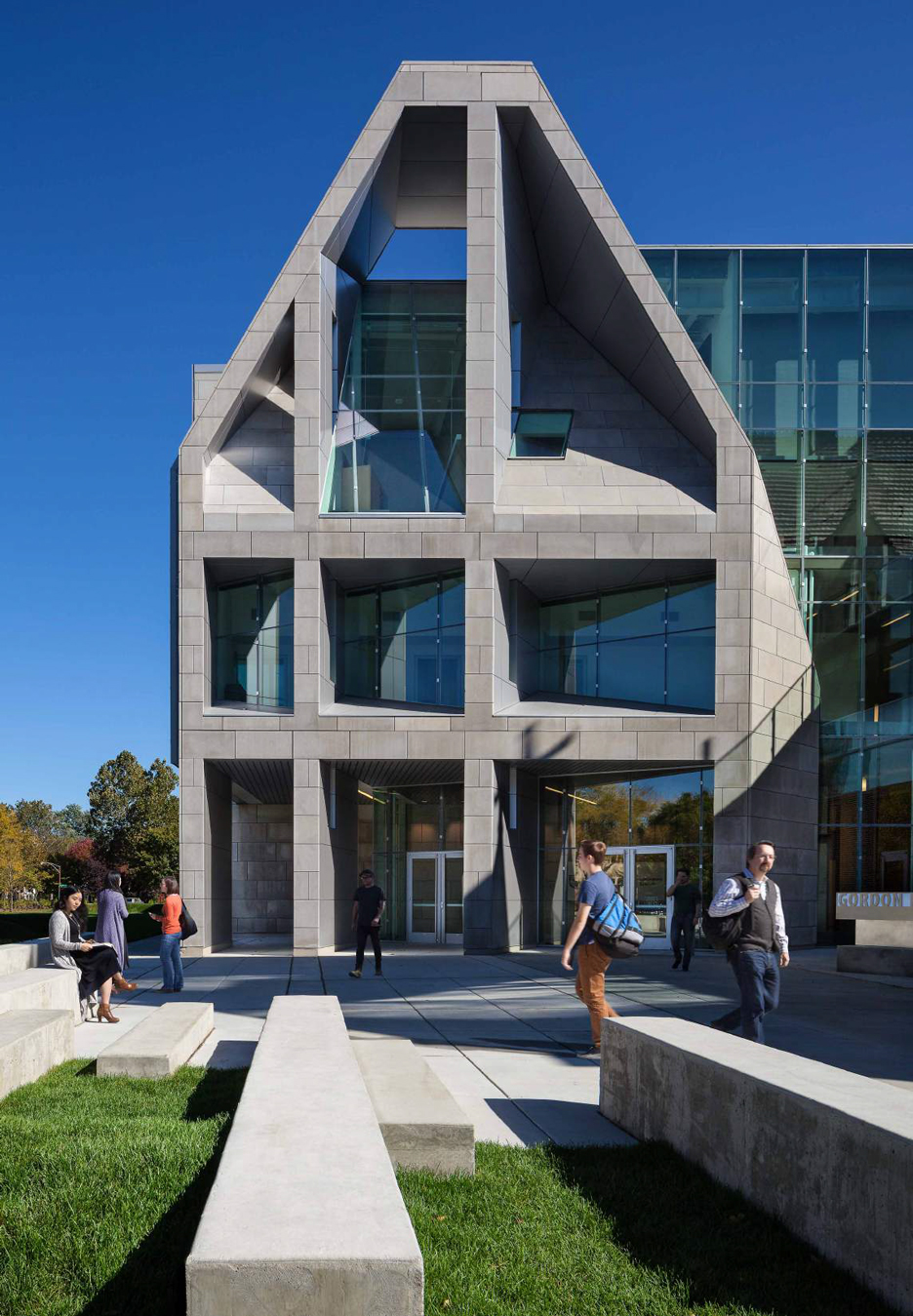 US firm Valerio Dewalt Train Associates has completed a stone and glass arts centre in Chicago for a progressive private school for children (+ slideshow).

The building, called the Gordon Park Arts Hall, is located on the main campus for the University of Chicago Laboratory School, often referred to as Lab School. It serves as a primary and secondary school.

Valerio Dewalt Train – which has offices in Chicago, San Francisco and California – worked with local firm FGM Architects to design the Arts Hall for a site alongside two stone-clad, Neo-Gothic towers dating from 1904.

Mostly rectangular in plan, it has an asymmetric form that features angled glass roofs, slender towers and triangular arches.

Affiliated with the University of Chicago, Lab School was founded in 1896 by the American educator and philosopher John Dewey. Today, it has approximately 1,700 students, from nursery-school children to 12th graders.

For the new building, the design team took cues from Dewey’s educational philosophy, which advocates hands-on, project-based learning. The facility aims to foster “multimedia literacy”, in which people use video, music, photographs, animation, and other forms of media to learn and communicate.

“The new building should be understood as a place where work is created by hand, and then shown to a larger — real or virtual — audience using every possible media imaginable,” said Joe Valerio, a design principal at Valerio Dewalt Train.

The main assembly hall is contained within a cylindrical, metal-clad volume that is set within a cavernous space with concrete columns and ceiling panels.

“There is a tradition of inserting circular forms on an orthogonal mass, as seen in the Pantheon, Palladio’s Villa Rotunda or the nearby Museum of Science and Industry,” said the firm.

“The cylindrical space anchors not only the architecture, but also the school, acting as a town hall where the entire lab community can gather.”

The upper floors contain light-filled areas, including art and music labs. Throughout the building, the goal was to foster inspiration and the sharing of ideas.

“Every space in the arts hall has been designed to create and present content,” said the firm.

Chicago recently hosted the first US architecture biennial, which attracted more than double the number of attendees at the Venice Biennale.

Other recent projects in Chicago include a new curved library in Chinatown by SOM, a proposed George Lucas Museum of Narrative Art by MAD Architects, and a rail station wrapped in a perforated tube by Ross Barney Architects.

Photography is by Barbara Karant/Karant+Associates and Steve Hall/Hedrich Blessing Photographers. 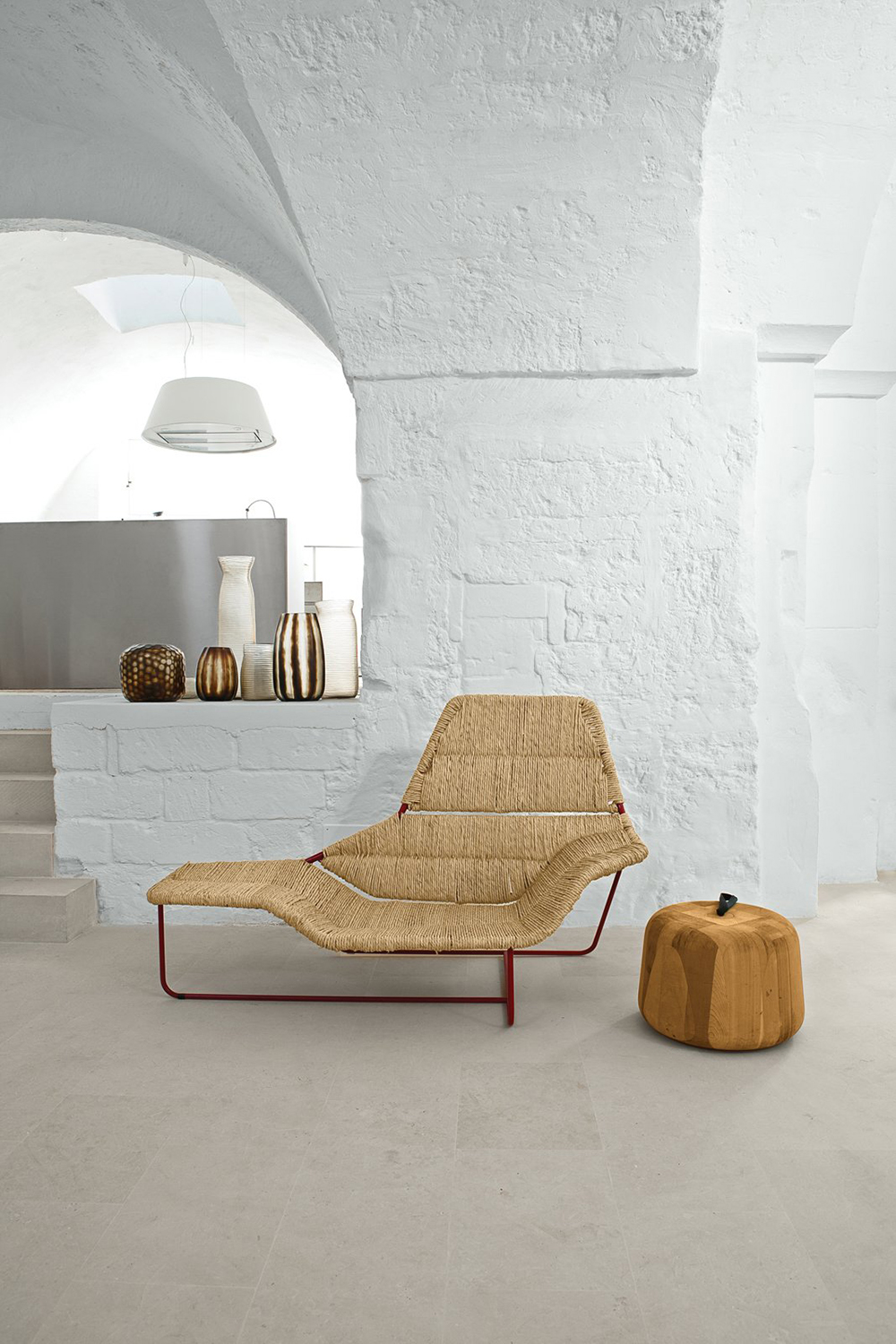