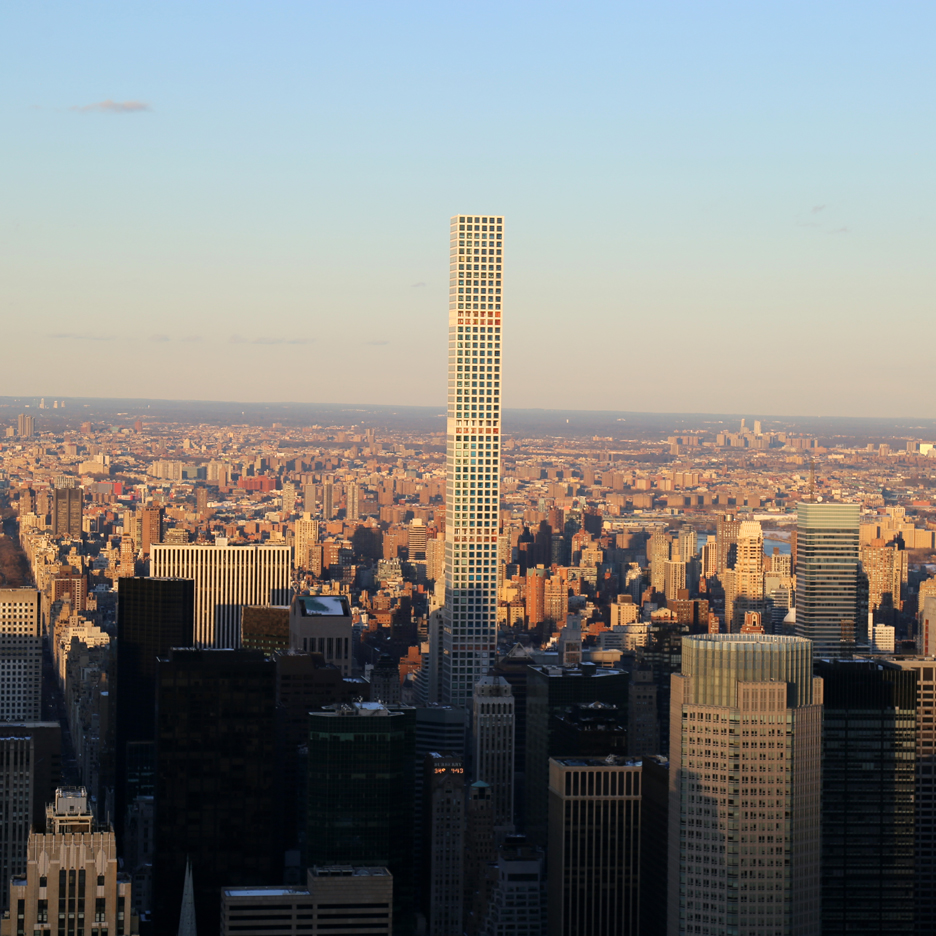 Architect Rafael Viñoly has spoken out about problems with his 432 Park Avenue skyscraper in Manhattan, currently the tallest residential tower in the western hemisphere.

As tenants begin to move in to the 1,396-foot (426-metre) tower on 57th Street, its architect has revealed that he is not entirely happy with the project.

“It has a couple of screw-ups,” the Uruguayan-born New York architect reportedly said during a talk hosted by real estate brokerage Douglas Elliman at the building last week.

Viñoly then told the New York Post that “the first has to do with the windows”.

Each of the building’s 96 storeys features six windows, measuring 10 by 10 feet, on all four sides. On the inside, these are thickly framed – eating up floor space.

“That was Harry’s idea,” said Viñoly, referring to developer Harry Macklowe, who bought the historic Drake Hotel for $440 million in 2006 and razed it a year later to make way for the skyscraper.

Many have voiced their opposition to these projects, including architect Steven Holl, over concerns that they will overshadow Central Park.

Another of Viñoly’s qualms with 432 Park Avenue is “the interior design and layout”, which were created by Deborah Berke Partners – founded by the new dean at the Yale School of Architecture.

According to the Post, Viñoly’s examples include issues with where the bathrooms are located.

“What is the name of that building by that French guy? It would have been better without all that glass. I think it is an absolutely horrendous building,” he said.

Dezeen has contacted Viñoly’s firm but is yet to receive a response.

This isn’t the first time that the architect has held his hands up to problems with his buildings.

After his Walkie Tower in London melted a car on a nearby street in 2013, Viñoly admitted he knew its curvy facade would focus an intense beam of sunlight and said “we made a lot of mistakes with this building”.

Photographs of 432 Park Avenue are by Arturo Pardavila.