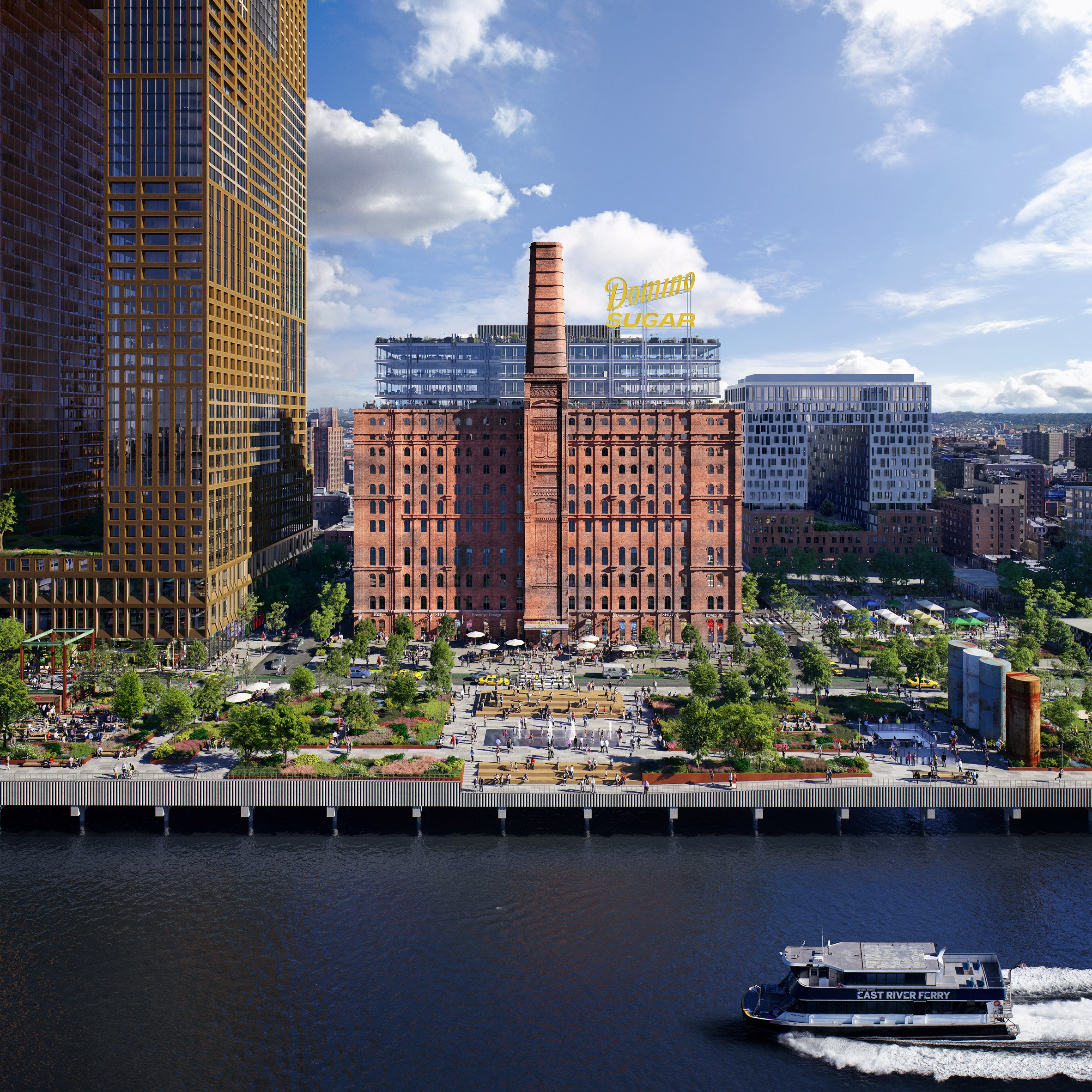 The site of the former Domino Sugar Factory on the Brooklyn waterfront will open as a public park in 2018, as part of a major redevelopment project.

The derelict patch of land that the red-brick factory sits on – just north of the Williamsburg Bridge – will be transformed by landscape architecture firm James Corner Field Operations, which also worked on New York’s popular High Line park with architects Diller Scofidio + Renfro.

Six acres (2.4 hectares) of parkland will stretch a quarter of a mile (0.4 kilometres) along the East River waterfront, where a new esplanade will be created.

Elements of the old factory building, which was built in the 1880s and was once the largest sugar refinery in the world, will be incorporated into the landscape design.

Field Operations has chosen 21 columns from the Raw Sugar Warehouse, approximately 585 feet (178 metres) of crane tracks and over 30 industrial artefacts to preserve as part of the park.

These include the 36-foot-tall (11-metre) cylindrical tanks that once collected syrup during the refining process.

Sports fields, lawns and gardens with seating options and a children’s play area all form part of the plans.

“The design of Domino Park aims to create a space that will revitalise the beauty of New York City’s incredible waterfront and foster interest in the history of the site and the surrounding neighbourhood,” said Lisa Switkin of James Corner Field Operations.

Five new buildings across the site, which measures 11 acres (4.5 hectares) in total, will house 2,800 rental apartments – 700 of which are designated as affordable. Designed by New York firm SHoP Architects, they include a 590-foot-tall (180-metre) tower and a building with a large hole in its centre.

Two Trees has created temporary recreation spaces on the site for the past four summers. The park is due to open permanently summer 2018, ahead of the office campus’ completion, while the first of the residential buildings on the site, at 325 Kent Avenue, is set to open in June 2017.