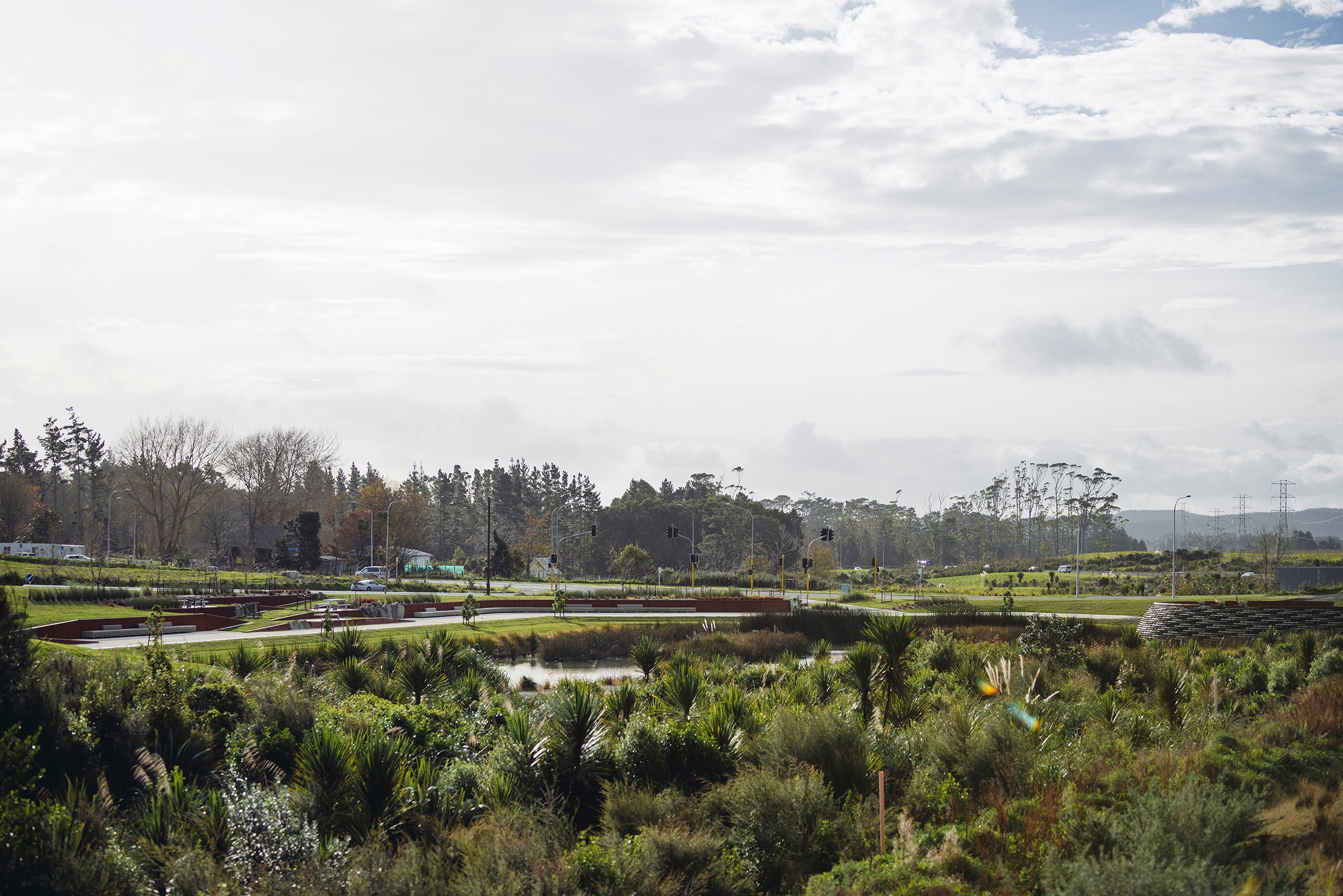 In our next exclusive movie from this year’s World Architecture Festival, Grant Bailey of Isthmus explains how the Auckland firm’s award-winning Kopupaka Reserve was informed by local Maori culture.

Kopupaka Reserve, which was named World Landscape of the Year 2016 at the World Architecture Festival in Berlin last month, consists of a series of stormwater wetlands on the outskirts of Auckland, New Zealand.

“Kopupaka Reserve is primarily a water quality and stormwater project in the west of Auckland,” Isthmus director Bailey explains in the movie.

“It’s about treating the stormwater runoff from the urban environment before it finds its way to the receiving stream in the natural environment.”

Situated on disused farmland, the 22-hectare site was repopulated with native plant species to act as reed-bed filters.

Isthmus introduced a series of basket-like structures throughout the landscape to manage the flow of sediment through the site, which are inspired by a traditional Maori woven eel trap called a hīnaki.

“It’s really about respect for the water in a cultural context, a Maori worldview,” Bailey says. “We’ve taken a cultural idea of a hīnaki and placed these through the open space, which are slowly filtering out the sediment.”

The interlocking timber structures are designed to provide habitats for plant and animal life, and will shift and change over time.

“The structures are permeable and they’re flexible,” Bailey says. “They can flex with the movement of the land. It’s about using a materiality that can allow the ecology to flow. There’s an authenticity about that, which I think was successful in the project.”

The wood structures, which weave their way across the landscape, host a play area, skatepark and a cultural garden.

“The structures have a place-making and a way-finding function,” Bailey explains. “They also provide spaces that – much like a basket is for gathering – are the gathering areas for recreation.”

Bailey believes that Kopupaka Reserve’s sensitivity to its cultural context is one of the main reasons it was named World Landscape of the Year by the World Architecture Festival jury.

“I think the thing that’s most pleasing about the recognition is the cultural aspect,” he says. “This project could only exist in New Zealand.”

This movie was filmed by Dezeen for the World Architecture Festival. Photography is by David St George unless otherwise specified.

Dezeen is media partners for World Architecture Festival 2016, which this year took place in Berlin in conjunction with the Inside festival of interior design.

The post World Landscape of the Year 2016 is “about respect for water” says landscape architect Grant Bailey appeared first on Dezeen.