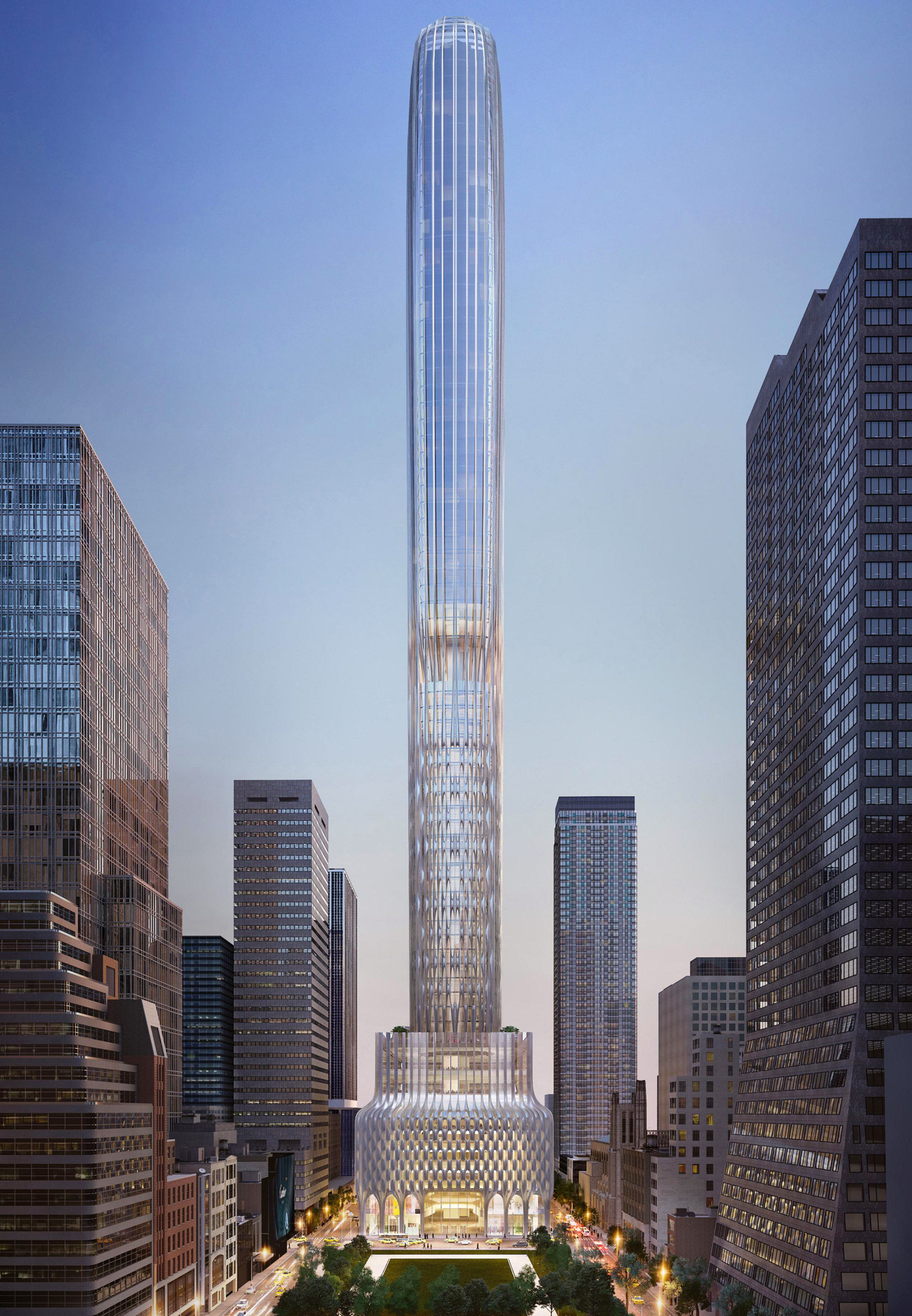 A skyscraper proposed for Midtown Manhattan, designed by Zaha Hadid Architects and developed by the family of Donald Trump‘s son-in-law, has received phallic comparisons on social media.

The $12 billion plans for 666 Fifth Avenue involve replacing a 1950s office building and adding 40 floors above its previous height.

The project is being developed by Kushner Companies, owned by the family of Jared Kushner – who is a senior advisor to the president and also married to his daughter Ivanka.

Kushner resigned from his position as CEO of Kushner Companies after taking his role at the White House, and sold his stake in 666 Fifth Avenue to his father, Charlie.

However, questions have still been raised over the company’s investment talks with China’s Anbang Insurance Group, which could be construed as buying influence with the Trump administration.

The site is located four blocks south of Trump Tower on Fifth Avenue. The real-estate company has had plans to develop it since buying the current structure at the address in 2007.

The building, which features embossed aluminium cladding panels, was designed by New York firm Carson & Lundin and completed in 1957.

According to the Wall Street Journal, its replacement would include 11 storeys devoted to a hotel and quadruple the retail space of its predecessor. The residential portion would total 464,000 square feet (43,100 square metres).

The developers also reportedly want to change the name of the building from 666 to 660 Fifth Avenue to avoid associations with the devil – another feature that has been parodied on social media.

If the project goes ahead, demolition could start in 2019 and construction complete by 2025.

The skyscraper would become Zaha Hadid Architects‘ second project in New York, after the 520 West 28th residential building that is nearing completion in Chelsea.

Zaha Hadid Architects topped Dezeen Hot List in 2016, following the surprise death of its founder earlier in the year.