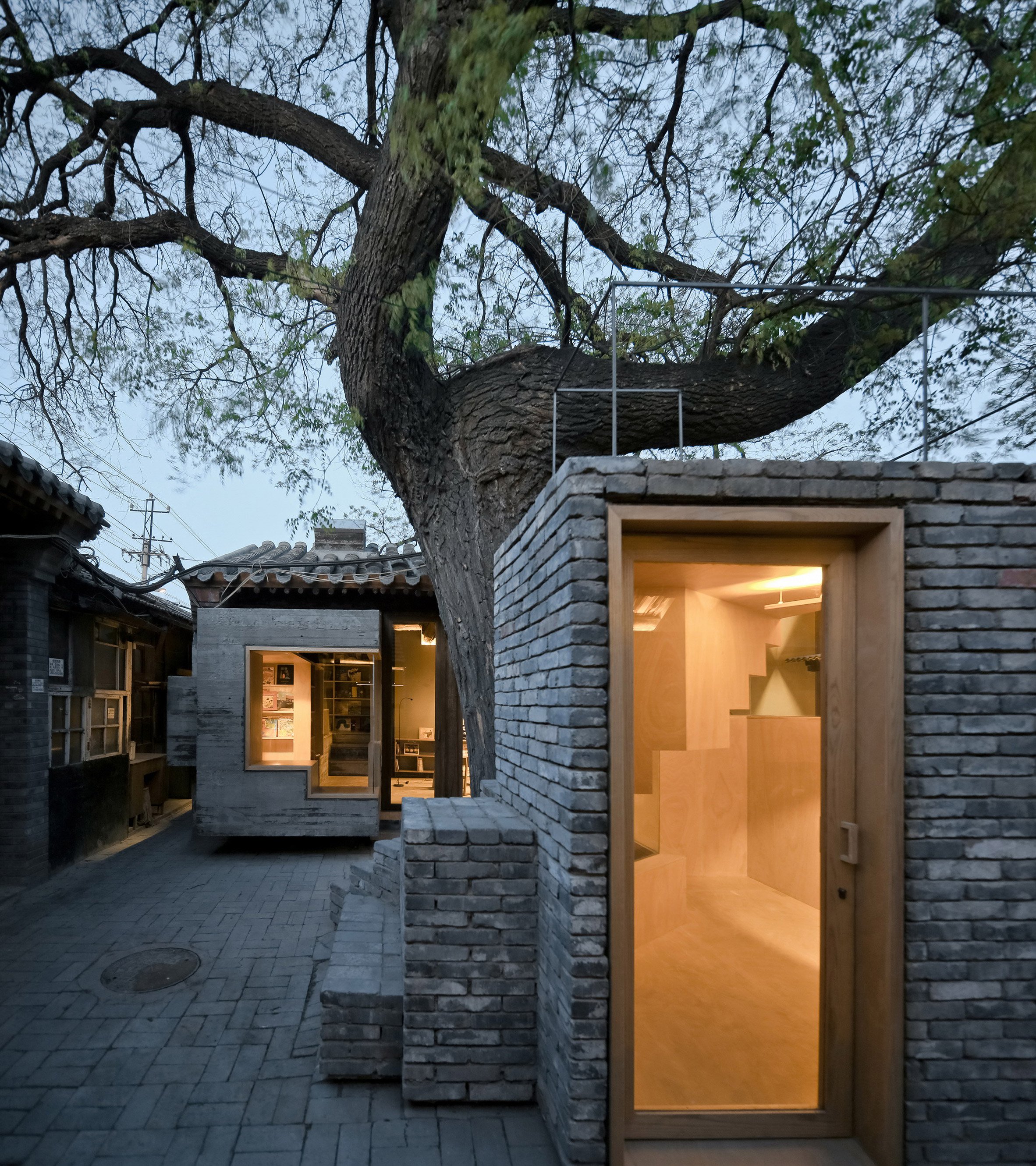 Through a series of renovations and new insertions, Chinese architect Zhang Ke has transformed some of Beijing’s ageing hutongs into hubs of activity.

Zhang Ke and his studio ZAO/standardarchitecture embarked on the Micro Hutong Renewal project to highlight the potential in these hutong neighbourhoods – which are largely unique to the Chinese capital, but are gradually being demolished.

The aim is to show how the traditional courtyard properties can be adapted to create resources for local communities, ranging from children’s play areas to co-working spaces.

“The subtle complexity of the hutong as an authentic urban space has been overlooked both by developers, who most of the time prefer to see it as a tabula rasa so that they can build more square meters, and by the defenders of picturesque historic preservation,” said Ke.

“The Micro Hutong Renewal projects, by avoiding the usual methods of hutong restoration, aim to explore the potential of hutongs and courtyards as a generator of communal space and catalyst of social interaction,” he added.

The first project involved the transformation of Cha’er Hutong, a 300-400 year-old hutong near Tiananmen Square.

Known locally as a da-za-yuan, which translates as big messy courtyard, the courtyard once housed a temple. But it was adapted into residences in the 1950s, with each family adding its own ad-hoc kitchen in the courtyard.

In the same spirit, Ke’s team added new structures into the courtyard – a plywood and concrete children’s library that slots under an existing roof canopy, and an outdoor staircase that functions as a viewing platform.

The architects also renovated one of the old kitchens to create a six-square-metre art gallery.

The Cha’er Hutong project was completed two years ago as part of the 2014 edition of Beijing Design Week and is currently also on show as part of the Venice Architecture Biennale 2016.

But Ke’s team has since completed two other projects. In 2015, the studio unveiled another project in Beijing’s Dashilar District – a flexible “urban living room” consisting of overlapping plywood boxes.

And, for Beijing Design Week this year, they presented a co-living concept. They divided up a 150-square-metre courtyard in Baitasi to create homes in two sizes – one eight-square-metre micro-home, and one large space that served as an exhibition space during the design event.

“The project aims to explore co-living possibilities between public and private in the traditional courtyard structure, and it challenges ways of infrastructure integration in limited space to create decent new hutong life,” said Ke.

Micro Hutong Renewal is one of the six winners of this year’s Aga Khan Award for Architecture – one of the world’s most lucrative architecture prizes.

The project follows on from a series of others looking at new ways to adapt Beijing’s hutongs.

People’s Architecture Office developed a panelling system for building temporary living spaces in the courtyards, while MAD designed a series of bubble-shaped additions.